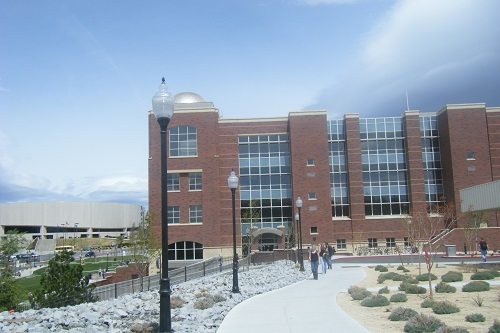 Last year, the Reno Gazette-Journal introduced a new blog on its website that bore the bold title, “Reno Rebirth.” Its stated focus was on “jobs, education and quality of life.” A recent post, “Students make a better Reno,” highlights the goal for UNR’s new Office of Service Learning and Civic Engagement and provides a glimpse at how some current college students view nonprofit work—paid and unpaid—in the changing city.

As an example of one of the first students to participate in this initiative at UNR through an intercultural communications class that provides support to a local museum, Kelly Geraty told Mark Robinson at the Gazette-Journal, “I hear there are words being said about our generation, that we’re lazy and don’t care, but students are signing up for this class on purpose and wanting to help people.” Marlene Rebori, director of UNR’s new office, shared her belief with Robinson that the “window to instill civic responsibility is late teens to early 20s.” She added, “We want to change that culture so the younger generation sees value in giving back, in being part of something larger than themselves.”

Like many U.S. cities, Reno has struggled economically since the recession. Last year, a New York Times story focused on how the legalization of gambling in many states cut into what had been a steady source of income, and cited UNR history professor Alicia Barber, who explained, “Reno has had it easy until recently because it had a monopoly on things that were illegal in the other states. But now it’s facing tough questions for the first time.”

In what seems to be a promising follow-up to the city’s economic story, however, last week the Gazette-Journal reported statewide job gains, with the largest areas of growth for Reno in leisure/hospitality, education/health services (which likely includes some nonprofit jobs), and retail. (Unfortunately, the report also notes a decrease from the previous year in professional and business services jobs.)

UNR’s Office of Service Learning and Engagement aims to promote “meaningful and transformative learning partnerships” with community organizations through its spotlight program and through structured engagement opportunities for students both on- and off-campus. It will be interesting to follow the impact this new program has on job creation in Reno’s nonprofit sector and to see whether it helps raise Nevada’s ranking in the next survey on volunteering in America by the Corporation for National and Community Service.—Anne Eigeman