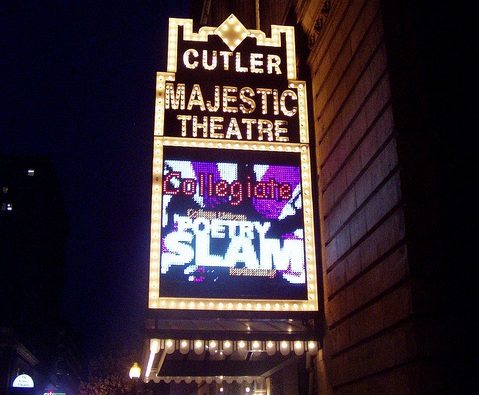 A new report entitled “In the Intersection: Partnerships in the New Play Sector” has been released by the Center for the Theater Commons at Emerson College and it provides a fascinating examination of the losses that many perceive to have flowed from an often close collaboration between commercial and nonprofit theater. The only available copy of the report we could find is available at Amazon for 99 cents, but it is a good read about the passions behind the scenes on this issue.

The report documents a gathering that occurred in November of 2011 in which some of the biggest names in American theater, including Robert Brustein and Rocco Landesman, came together. “If there was a recurring theme to the . . . discussion,” the authors write, ”it was that the nonprofit theater appears to have lost sight of its values and raison d’être.”

Nonprofit theater was designed to be an alternative to commercial theater in that it could stage unknown and avant gard playwrights, tailor performances to smaller communities and, in general, take risks that larger, profit-making companies were not able or willing to take. Recognizing this capacity, evidently, drew commercial theaters to make use of nonprofit theaters to stage productions before they were brought to Broadway. Nonprofit theaters are provided incentives for this and one might consider that the contract works for all concerned, but the problem, say the critics, is that this has a crowding out effect, luring nonprofit theaters away from their purpose and making them, more and more, helpmeets of big commercial theater. This, some believe, erodes the diversity of the voices—political and otherwise—surfaced in theater.

Oskar Eustis of the Public Theater is quoted in the report as saying, “The nonprofit theater is supposed to [do] theater that is driven by values not determined in the marketplace.” In fact, the conclusion of the report suggests that the difference in the value proposition of the nonprofit as distinct from the for-profit theater has been enormously eroded.

Myra Isaacs of the McCormack Theater says, “What I have seen at more than one theater is this sort of growth, the definition of success morphing…and this transactional culture that we are all moving toward, whether we like it or not, that is the predominant lens through which the conversations about the vision of the organization are happening.”

NPQ would be very interested to hear what its readers in the arts think about this particular report. We would love to get a critique.—Ruth McCambridge