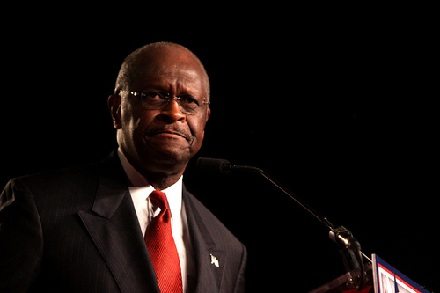 Remember the notion of “independent” social welfare organizations, their independence defined as not coordinating their activities with the operations of a particular candidate, even a candidate they might have liked and endorsed? Well, Herman Cain is back to give us examples of why the notion of independent nonprofit organizations that just happen to like Candidate X or Candidate Y without coordinating with the candidate’s campaign strains credulity.

Two Wisconsin-based nonprofits—Prosperity USA and the Wisconsin Prosperity Network—reportedly had close relationships with the 9-9-9 man’s campaign, paying for $40,000 of the Cain campaign’s costs. Mark Block and Linda Hansen ran these “independent” organizations that just happened to pay for Cain campaign costs—Cain’s own campaign manager and deputy campaign manager. Now a new report says that the Cain campaign paid these two organizations $19,000 for things like lodging, transportation, meals, and office equipment. Independent? Interdependent is more the case. Where are the two nonprofits? Neither is operating, answering phone calls, or showing any sort of organizational pulse. Hopefully the Federal Election Commission (FEC) has the home addresses of Block and Hansen and will send someone to knock on their doors to answer a few questions.

Does anyone remember Cain’s fabulous campaign ad that ended with the former presidential candidate turning to the camera and slowly breaking into a knowing smile? Maybe he was smiling about the arcane co-dependency of his campaign and the various independent nonprofits supporting his candidacy, knowing that a politically deadlocked FEC was unlikely to disentangle the murky financial interactions of all involved.

It appears that the system of political expenditures unleashed after the Supreme Court’s Citizens United decision has become corrupting to our democratic process, and that there are now lots of ways to screw around with independent political campaign structures that are all but parts of the candidates’ own campaigns—all with very limited oversight and even more limited transparency. The emerging details of the Cain campaign apparatus just go to show that the problem is deeper than just transparency. Part of the corrupted campaign finance imbroglio is 501(c)(4) organizations that do precious little “social welfare” programming and they know it. These organizations can operate so closely with candidates’ campaigns, through shared vendors and interchangeable staff, that they make the notion of their independence from one another a wink-wink joke for all insiders. It’s time to fix the campaign finance mess, and it’s time for the nonprofit sector to be an active part of the fix.—Rick Cohen