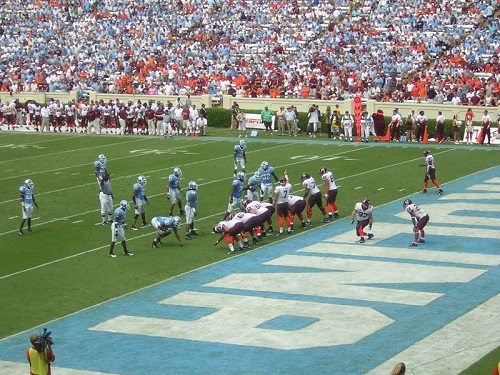 Employees at the University of North Carolina were, this week, implicated in a cheating scandal that has spanned nearly two decades and involved 3,100 students, about half of whom were student athletes.

Allegedly, students had been enrolled in “paper classes” that had no required attendance and no faculty involvement. The only assignment students received for the course was a research paper graded by a non-faculty member. In these classes, the average GPA was 3.61. In other classes, the average for the same students was 1.917.

The repercussions of the scandal could cause the National Collegiate Athletic Association (NCAA) to force the University of North Carolina (UNC) to forfeit wins or give out fewer scholarships.

The NCAA mission statement, according to President Mark Emmert, is “to be an integral part of higher education and to focus on the development of our student-athletes.” As reported by Fox Sports, all of the promotional material that the NCAA puts out reinforces that academics should be the foundation of a college athlete’s experience.

The question becomes whether or not student athletes are held to a different standard than that of non-athletic students. A New York Times blog post opined, “When colleges lower standards of academic excellence in order to increase standards of athletic excellence, they implicitly support the popular marginalization of the intellectual enterprise.”

When the NCAA makes the determination on a disciplinary action, if any, that UNC will face, it will set precedent for all academic institutions and give insight into how diligently universities should monitor the academic standards for student athletes. The focus of the results will not only determine the consequences for UNC, but ideally will prevent similar circumstances from occurring anywhere else.—Erin Lamb