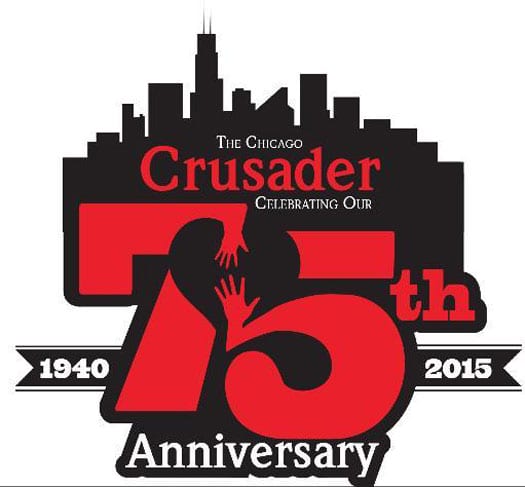 Last month, NPQ’s Ruth McCambridge wrote about the Knight Foundation’s commitment to double its support to nonprofit journalism, pledging $60 million a year for the next five years. In general, McCambridge was impressed by the foundation’s strategy but expressed concern that the foundation did not adequately center “equity in building this new field of journalism.” McCambridge added, “Who it is that reports the news matters for reasons beyond an increase of trust. The historic lack of such inclusion, and the resulting limitations of perspective and analysis, is too important and central an issue in democracy not to have been given prominent mention.”

“It’s important that we stop thinking of ethnic media as a ‘nice to have,’ as something on the side. It’s a must-have,” Glenn Burkins of Q City Metro, a Charlotte-based Black news website, said at the Forum.

Coinciding with the date of the Forum, notes Schmidt, was the release of a new report from the Democracy Fund on the state of Black media in the US. Titled African American Media Today: Building the Future from the Past and authored by Angela Ford, Kevin McFall, and Bob Dabney of the Chicago-based nonprofit, the Obsidian Collection, the report begins by giving a brief history of Black media, highlighting such early publications as the North Star, published by Frederick Douglass, and Freedom’s Journal, the nation’s first Black-owned journal, which was published from 1827 to 1829. The report also examines the state of Black-owned news today.

Today, write Ford, McFall, and Dabney, there are 205 publications across 29 states and DC with 20.1 million online readers. African American News & Issues, based in Houston, has the highest circulation with 175,000 readers. Three additional prominent Black publications are the Los Angeles Wave (92,200 readers), the Philadelphia Tribune (91,200 readers), and the Chicago Crusader (88,000 readers). The average reader, adds Schmidt, “is between 25 and 35, more likely to be married, and earning a median income between $35,000 and $45,000.”

Many legacy Black publications are losing audience, although a growing number of new digital outlets are emerging. One prominent digital-only site is Atlanta Black Star, which has grown much larger audience numbers. The report authors note that, “Average monthly unique visitors for the Atlanta Black Star rose to 2.75 million in 2016, a 236 percent increase from 2015.” Ford, McFall, and Dabney also highlight the rise of three other digital sites: Blavity, The Grio, and The Root, all of which Schmidt notes seem poised for further growth.

Still, despite the rise of these digital platforms, Schmidt points out that, “In many African-American communities, traditional legacy newspapers are either in the process of closing or have already ceased operation. In the worst cases, this leaves some communities without an operating source of local news…. Some have turned to an online solution, with varying degrees of success.”

In the report, Ford, McFall, and Dabney offer three primary recommendations for where philanthropy can intervene. One is to support a thinktank for the Black press. Such an entity, they contend, would help connect the “new” Black press, “commissioning projects that identify interesting reporting techniques, technologies, and business models, as well as editorial innovations. These projects would connect with the people who can help make them part of tomorrow’s journalistic ecosystem.” A second recommendation is to help Black news organizations build systems for “syndicating content that is of interest to these communities nationwide.” A third recommendation is to support collaborations with other media organizations and, more broadly to support development and training, including support for new apps, conventions that bring together editors of the Black press to discuss and share information about business growth and reporting; and an information clearinghouse on vital topics such as “audience development, revenue generation, business and leadership acumen, and tech and reporting issues.”

The Black press, the report authors note, has always been “a powerful voice for and to the African-American community.” Today, they add, “Some legacy outlets are reimagining how they work and connect with their communities, while several young entrepreneurs of color are building digital-first organizations that tap into today’s news landscape. Both uniquely function to deliver news to Black audiences and tell the multitude of stories that exist in the Black community.”—Steve Dubb