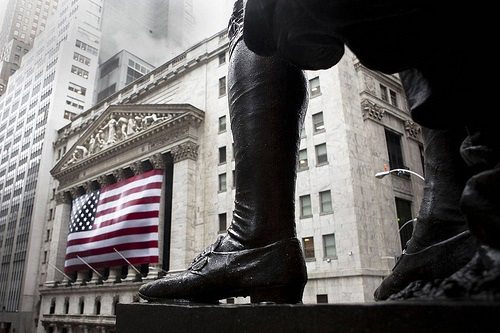 The new, kid-friendly political strategy of the Republican Party, reflected in gubernatorial races with candidates’ televised appearances at charter schools, is being pursued among Republicans in Congress. As President Obama in his State of the Union address intones his strategy of addressing economic inequality, which involves such actions as increasing the minimum wage, Republicans like Senator Lamar Alexander (TN) and Tim Scott (SC) are adopting school choice as the GOP’s answer to income inequality.

Alexander and Scott are introducing legislation to convert the federal budget’s $24 billion dedicated to education programs for low-income pupils into block grants for states. In the Alexander/Scott proposal, the states would be permitted to use the funding as payment assistance for children to attend public or private schools, including religious schools, averaging about $2,100 per student in the form of student vouchers. Unlike President Bush’s No Child Left Behind program and President Obama’s Race to the Top, the Alexander/Scott legislation frees the states from publicly reporting whether individual schools are succeeding or failing (though they would still report on student achievement at various times) and from following federal educational strategies of any sort.

Aiming to assist as many as 11 million students to get into private schools and other alternatives to traditional public schools, the GOP leadership thinks it has a winning strategy in the works, not only attracting minority voters to the party, but uniting the constantly warring Republicans themselves. The Alexander/Scott legislation matches the strategy enunciated by House Majority Leader Eric Cantor (VA), and even fits the previously announced charter school and voucher priorities of near-libertarian Senator Rand Paul (KY).

For Democrats, the GOP’s interest in school choice puts them in a bit of a quandary. While the teachers unions have expressed misgivings about the privatization of K-12 education, there are plenty of Democrats that show up on the side of school choice policy proposals. Although there is only one federally funded school voucher program currently in operation—Washington D.C.’s Opportunity Scholarship program, which provides tuition support for some 5,000 to attend private schools (mostly Catholic schools)—it isn’t as though the District’s Democratic leadership has been opposed to D.C.’s voucher program. In fact, the all-Democratic political leadership of Washington D.C., led by Congressional Delegate Eleanor Holmes Norton, has enthusiastically supported the voucher program. (The communications director for Congresswoman Norton informs us that the congresswoman does not support vouchers for students to attend private schools; she supports charter schools.)

Democrats in many states are hardly opponents of charter schools. For example, Michelle Rhee, a diehard advocate of school choice, was appointed D.C. schools chancellor by a Democratic mayor of Washington, is married to Kevin Johnson, the Democratic mayor of Sacramento and a major early supporter of President Obama, and has distributed campaign support through her Students First organization to Democratic as well as Republican candidates. President Obama’s own policies at the U.S. Department of Education such as Race to the Top underscore support for charter schools as a desirable education priority, and other major Democratic politicians, such as newly elected senator Cory Booker (NJ), have been closely linked to charter school and broader school choice advocates.

The Republicans think they’ve stumbled onto a winning idea to attract minority voters. It could be a policy direction that, in a rare moment, melds the Republicans’ Tea Party wing with its so-called moderate party leadership in contrast to the likely splits among Democrats on the school choice issue. Expect more state and federal versions of the Alexander/Scott legislation that would pay for private school vouchers.—Rick Cohen

This article has been altered to include a clarification from the office of Congresswoman Eleanor Holmes Norton on her position regarding school vouchers.