Repurposing a Catholic Building near You? 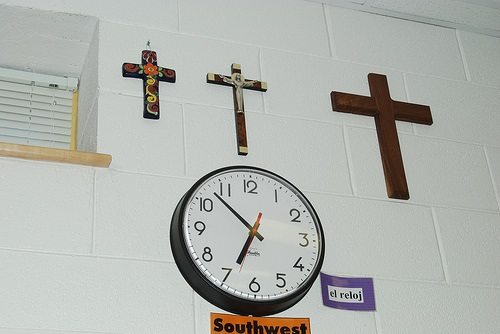 All over the country, buildings formerly owned by the Catholic Church are being repurposed. (NPQ has done a number of stories about it.) Now, in Grand Rapids, Michigan, Genesis Nonprofit Housing is transforming the former St. James School into affordable housing for older people. The school closed in 2007.

The Genesis nonprofit housing corporation, which develops and operates housing for older people and people with disabilities, bought the two-story brick 42,000 square foot elementary school building from the Catholic Diocese for $465,000. The location includes 92 parking spaces.

Genesis Executive Director John Wynbeek said Genesis is still in the process of deciding how to rehabilitate the property, which is convenient to downtown and will help them serve a segment of the market more effectively, and with what kind of financial support. “What we’re looking at is to create apartments in the school building and add some new construction, as well. There is a nice large parking lot there that I think can be useful, and I think it will enhance the neighborhood a little bit by filling in First Street with additional housing, which benefits everybody,” he said.

The church’s divestment of buildings has been going on for a decade. Sometimes, there’s pushback from the parishes where divestment occurs, which in many cases supported the development and maintenance of those properties. NPQ would love to hear how other buildings sold by the Catholic Church are being put to new uses, and how the local parishes and community have responded.—Ruth McCambridge