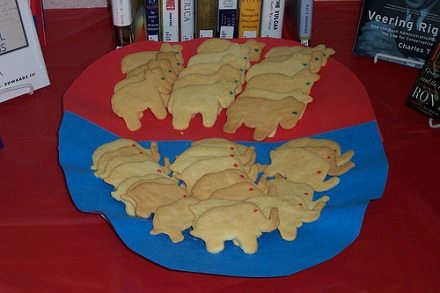 An upcoming article in the International Journal of Research in Marketing: Special Issue on Consumer Identities describes how a potential donor’s political beliefs influence their response to the framing of a charity’s appeal for funds. Both liberals and conservatives can be willing to give to a particular cause, according to the studies, but how a charity presents its values and priorities in support of that cause affects who gives and how much.

This research goes beyond the standard “Who cares about the environment?” and “Who cares about children?” prospecting and screening that many charities perform. In addition, it helps fundraisers get past the “everyone is our market” viewpoint that often leads to disappointing campaign results.

By identifying and owning how an organization pursues its mission, and by identifying the values that the organization communicates to the public, it becomes easier for fundraising appeals—appeals that align with donors’ values—to be crafted. “A very simple repositioning of the charity’s description so that it aligns with a person’s political identity can increase donation intentions two- or threefold,” said Yinlong Zhang, study co-author and associate professor of marketing at the University of Texas at San Antonio.

There are two challenges presented to charities by this study. First, they need to be candid in their identification and communication of the values that support their charitable mission.  Second, they need to avoid the temptation to create one appeal for Republicans and another for Democrats. Eventually, the different messages will be shared in the wider community, risking donor confusion or distrust of the charity’s sincerity about its motivations. –Michael Wyland