Resisting Islamophobia in the Wake of the Westgate Mall Attack 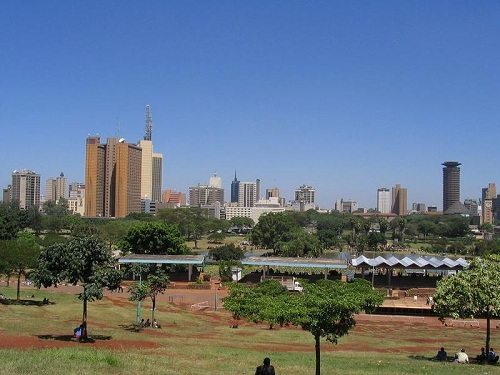 As of this writing, there are various estimates of the number of  people killed at the Israeli-owned Westgate shopping mall in Nairobi by gunmen apparently associated with the Al-Shabaab terrorist group from Somalia. Some of those counts range as high as 78 with175 or more people injured, and comments about other people still missing. Al-Shabaab is said to be linked somehow with Al-Qaeda.

In Peshawar, at least 85 people were killed by suicide bombers at an Anglican church, and 100 or more people were injured, according to a report by the Guardian. It was apparently the worst attack ever on Christians in predominantly Muslim Pakistan. A branch of Tehrik-e-Taliban Pakistan (TTP) initially claimed responsibility, but a main spokesman for TTP later denied it.

There is absolutely no room in U.S. policy or in nonprofit thought and practice for Islamophobia, as happened too often in the responses of some to 9/11 and other tragedies. Islamophobia must be resisted now in the wake of Peshawar and Nairobi, despite the all-but-guaranteed likelihood that some people will revert to that by associating Somalis as an ethnic group to the attackers.

For example, when Kenyan officials asserted that there were Americans among the Westgate attackers, the press quickly put their attention on the Somali community in Minneapolis, sometimes called “Little Mogadishu,” where there were some young Somalis who went to East Africa allegedly to train with Al-Shabaab in 2009. At the time, National Public Radio described the link to Al-Shabaab as the nation’s first “jihadi pipeline.”

Somalis living in the Cedar-Riverside neighborhood of Minneapolis reacted in shock and dismay to the news about Americans among the shopping mall attackers. Minnesota-based Muslim groups such as the Islamic Civic Society of America quickly and publicly denounced the shopping mall murders as an “outrageous act of violence [that] has no place in Islam,” but Somalis in the Minneapolis area are concerned nonetheless. They fear that the only attention they ever get is when there is coverage of Al-Shabaab. They feel ostracized and, in the words of Abdul Mohamed, a spokesperson for the nonprofit Ka Joog youth outreach organization, as though “they are not wanted, and they’re not involved in mainstream society.”

Notwithstanding whatever news comes out about the presence or absence of American Somalis in the Nairobi evens, it would be another crime to penalize the Somali residents of Minnesota—or anywhere in the U.S.—because of their shared ethnicity with the shooters. Commentators might want to examine what is happening in Somalia itself that has caused so many tens of thousands to flee to the United States.

Somalia is among the world’s most obvious failed states, shattered due to internal and external conflicts, with a government that barely functions in the capital city but leaves most of the rest of the country to governance by clans and by Al-Shabaab. According to Canadian journalist Amanda Lindhout, who was kidnapped and held captive in Somalia for 460 days, “people in a country like Somalia understand how little value is placed on human life in a way that you can’t comprehend, and even I can’t.” The country was destroyed partly due to its colonization by Mussolini’s fascist government and partly by the vicious rule of dictator Siad Barre after independence. There is little left that is functional.

But in the U.S., Somalis have been increasingly important components of urban revival—not only in Minneapolis, where as many as one-third of the Somalis in the U.S. may live, but also in Washington, D.C.; Columbus, Ohio; Seattle, Washington; and San Diego, California. In these areas, a vibrant Somali nonprofit community has developed. In Minnesota, the Democrat-Farmer-Labor Party (DFL) has a Somali-American caucus. When the Confederation of Somali Community in Minnesota convened a meeting of Riverside Plaza tenants in Minneapolis to hear their concerns, it wasn’t about jihadists; it was about the building managers’ failure to provide adequate services to the largely immigrant tenant population. That’s exactly what the Confederation is supposed to do to reflect the concerns of the population it serves to achieve changes that will help all the tenants—like a nonprofit should.

Let’s not fall prey to Islamophobia, especially in allegations about Somali or Pakistani communities in the U.S., in response to Peshawar and Nairobi.—Rick Cohen