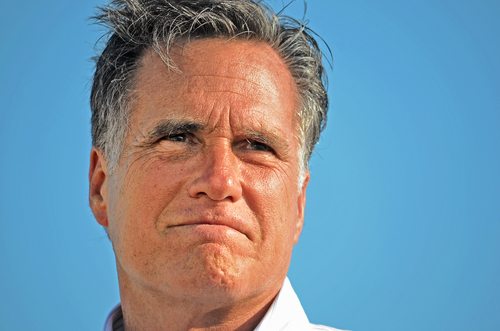 Former Massachusetts Gov. Mitt Romney, the Republican presidential nominee, took the stage at the Clinton Global Initiative (CGI) to deliver a plan which Fox News called an “end to foreign-aid handouts” and “linking aid to growth of free enterprise.” We wonder if the Republican presidential candidate really thinks he is calling for a sharp navigational turn in U.S. foreign aid policy or whether he doesn’t realize that U.S. foreign aid is already very strongly connected to promoting something of the American model of free enterprise.

Even the Clinton Global Initiative, where the former president invited both President Obama and his challenger to speak, is strongly committed to working with and through private markets. On MSNBC’s “Morning Joe,” President Clinton and host (and former Republican Congressman) Joe Scarborough traded repartee on the importance of private markets for delivering assistance, highlighting plans to work with the private markets on anti-malarial drugs. In his opening speech, Clinton made sure to underscore the importance of partnerships with the private market as crucial to the success of what he is trying to do.

Whether Romney knows it or not, USAID, this nation’s primary instrument for the delivery of foreign aid, is a major proponent of private market development. It’s not just that a large proportion of U.S. foreign aid goes to and through for-profit international development organizations, but the purpose of much U.S. development assistance under President Obama (and his predecessors) and Secretary of State Hillary Clinton (USAID is under State) is explicitly to build and strengthen private markets. Examples include USAID’s agenda for competitive private markets in Serbia, strengthening post-Soviet market development in Mongolia and bolstering private insurance institutions and other elements of the financial sector in developing countries.

In his speech at the CGI, Romney called for “prosperity pacts” which Fox News reported would link “development money to requirements that countries allow U.S. investments and remove trade barriers.” But this sounds very much like the Millennium Challenge Corporation effort created under President George W. Bush, which has generated more than $7 billion in aid to 25 countries through “poverty reduction compacts” in which the recipient nations demonstrated good governance, economic freedom, and investments in their citizens. The compacts are five-year plans of action for sustainable economic growth, and one of the key outcomes is enterprise development. Again, American development assistance is pretty firmly dedicated to building private sector free markets as it is. – Rick Cohen