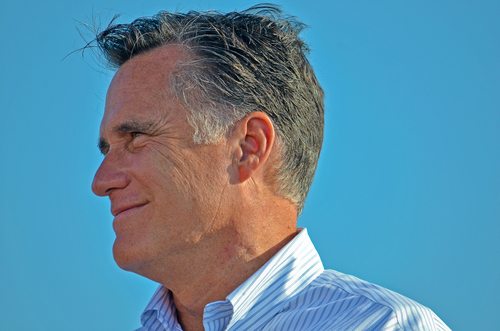 If Republican presidential candidate Mitt Romney is elected, he may be the first president of the modern era to have both a Charitable Remainder Unitrust (CRUT) and a private foundation. BusinessWeek describes the multiple mechanisms Mitt and Ann Romney have used to protect their wealth—well over $250 million by our calculations not including another $100 million in a family trust—from estate taxes and ordinary taxes (returns for which, as we noted yesterday, he has largely not released, unusual for a presidential candidate in the modern era). Through their use of the tools of charitable giving, Mitt and Ann Romney are demonstrating themselves as adept at understanding the mechanics of contemporary charity and philanthropy, or at least adept at understanding and following the advice of the man who seems to manage most of their finances, Brad Malt of the large Boston-based law firm Ropes & Gray.

CRUTs are interesting tools. Say you’re a multi-millionaire like Romney. You could set up a CRUT for a few million or so. The CRUT will then pay you (or a non-charitable beneficiary you designate) a fixed percentage of the assets every year (no less than five percent and no more than 50 percent). When you die, the remaining assets in the CRUT go to a charity or charities you specify. At least 10 percent of the CRUT must be reserved for charitable distribution.

We know that the Romneys are going to be hit with a decently sized estate tax bill when they pass on, unless a President Romney or someone else succeeds in expunging the tax code of the Republicans’ hated “death tax.” Assuming that doesn’t happen, one can anticipate that some of the Romneys’ assets will find their way into charitable bequests. When Romney retires, he can access funds from his individual retirement account, valued somewhere between $18.1 and $87.4 million. If Congress reinstates the IRA charitable rollover, a 70½-year-old Romney could make charitable contributions from his retirement account as well.

At NPQ, we tend to focus on institutional giving by foundations and corporations, so we find their family foundation, the Tyler Charitable Foundation (formerly the Ann D. and W. Mitt Romney Charitable Foundation) to be interesting. Most of the news reports on this subject dip into the foundation’s 990s for examples of their philanthropic beneficiaries, but we thought it might be more interesting to run through all twelve years of 990s for the foundation and tabulate the grantmaking reported on eleven of then, from 1999 to 2010. This chart shows all of the grant recipients above $25,000, revealing some interesting dimensions to the Romneys:

It’s also worth noting some smaller contributions, including $10,000 to AIDS Action, $22,500 to the Ten Point Coalition, $23,000 to the New England Shelter for Homeless Veterans, and $11,500 to the Jimmy Fund. Certainly the Mormons get more than a tithe’s worth of the foundation’s grantmaking, but there are little nooks and crannies in the Romneys’ foundation grantmaking that appear almost politically moderate, or even bipartisan, such as the funding to City Year, founded by recent Democratic senatorial candidate Alan Khazei, and to AIDS Action. Despite Romney’s feints to capture the support of the Republican Party’s increasingly hard-right Tea Party wing, maybe, as shown by his foundation’s grantmaking, he is really a George Romney moderate Republican at heart.—Rick Cohen