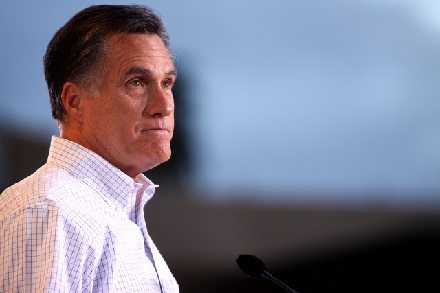 “The test is pretty simple. Is the program so critical, it’s worth borrowing money from China to pay for it?” said Republican presidential candidate Mitt Romney. “And on that basis of course you get rid of Obamacare. That’s the easy one. Planned Parenthood, we’re going to get rid of that. The subsidy for Amtrak, I’d eliminate that. The National Endowment for the Arts, the National Endowment for the Humanities.”

Romney’s apparent gaffe in vowing to “get rid” of Planned Parenthood last week was quickly followed by a statement acknowledging that, in fact, Planned Parenthood is a private organization. He just wants to strip them of all federal funds. Planned Parenthood, which must have the most seasoned nonprofit communications team in the country by now, has been a political football for many years but became a focal point for Republican attacks after Obama’s successful bid to pass the Affordable Care Act (which some Republicans call “Obamacare” and which is similar to the health care reform bill passed in Massachusetts when Mitt Romney was the state’s governor).

More recently, Planned Parenthood’s funding for breast cancer screenings was stripped by Susan G. Komen for the Cure, but that decision was rescinded after it unleashed a firestorm of protest from Komen’s own supporters and others. Romney, whose family apparently donated to Planned Parenthood in the past, has been turning himself inside out to appeal to conservative voters; in the process, he has, like Komen, likely alienated a good number of women. –Ruth McCambridge