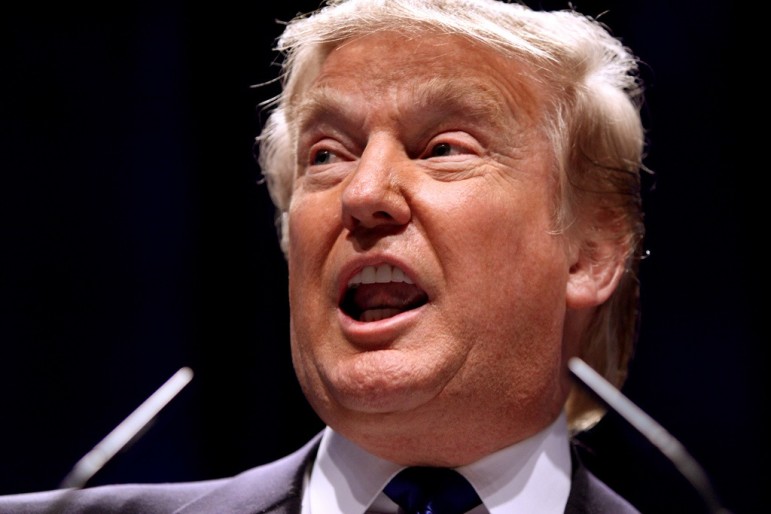 Jay Ruderman, the straight-talking president of the Ruderman Family Foundation, has taken Donald Trump to task for apparently mimicking the disability of New York Times reporter Serge Kovaleski at a rally in South Carolina last Tuesday night. Kovaleski had questioned Trump’s statements about seeing thousands of people in New Jersey “celebrate in the streets” after the 9/11 attack, although he had written a story that Trump had cited to back his statements up.

You can watch the appalling spectacle here:

The New York Times called it “outrageous” that Trump would ridicule the appearance of one of their reporters. The statement from the foundation, released on Thursday, reads:

“It is unacceptable for a child to mock another child’s disability on the playground, never mind a presidential candidate mocking someone’s disability as part of a national political discourse,” said Jay Ruderman, President of the Ruderman Family Foundation. “Our presidential candidates should be moral examples for all Americans and not disparage people with disabilities who make up twenty percent of the American population.”

The presidential candidate was seen imitating Kovaleski’s disability, who suffers with arthrogryposis, a congenital condition that affects joint movement, during a campaign rally in South Carolina on Tuesday night. As disability-rights advocates throughout the country celebrate the 25th anniversary of the historic Americans with Disabilities Act (ADA), Trump’s disturbing mockery risks ending a landmark year on a sour note and setting back the significant advances that have been made.

“We would like to offer Mr. Trump a series of sensitivity training sessions to help him better understand and increase awareness on advocacy towards people with disabilities,” stated Ruderman. “We also call on him to offer an apology to both Serge Kovaleski and the American public as a whole.”

“As a community that encompasses twenty percent of the American population, we have been fighting towards a more inclusive society and it signals how far we still must come, when an individual with such authority can be so misguided and naïve in his actions.”

Trump has, in signature style, not apologized but said he has no idea what Kovaleski looks like—a claim the reporter finds ridiculous, since he covered Trump extensively for the New York Daily News during the 1980s. “Donald and I were on a first-name basis for years,” Kovaleski told the Times. “I’ve interviewed him in his office.”

Trump responded, “Serge Kovaleski must think a lot of himself if he thinks I remember him from decades ago—if I ever met him at all, which I doubt I did. He should stop using his disability to grandstand and get back to reporting for a paper that is rapidly going down the tubes.”—Ruth McCambridge