Sadvertising or Social Conscience? American Express’s Documentary on the “Unbanked” 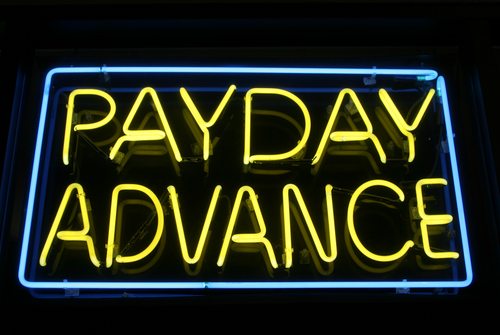 Heaven forbid that anyone should accuse NPQ of being jaded.

Today, American Express is launching Spent: Looking for Change, a 40-minute commercial about the extra expense and vulnerability experienced by people who do not do business with traditional financial institutions, commonly referred to as the “unbanked” and underbanked.” The four families followed in the short film use services like check-cashing stores, payday lenders, pawn shops, and car title lenders. The commercial feels like a short documentary piece that might be viewed on a news show like 20/20, and it is narrated by Tyler Perry.

The commercial is styled and presented like an investigative nonfiction film that might be part of the Frontline series on PBS or a segment of 60 Minutes. Titled “Spent: Looking for Change,” it runs almost 40 minutes and can be watched free online: on the YouTube channels of American Express and a digital news show, the Young Turks; on hulu.com; and on a special website, spentmovie.com. “Spent” has some big names behind it: Tyler Perry is the narrator and the filmmaker Davis Guggenheim is an executive producer, with Christopher Gebhardt of the Participant/Tag division of Participant Media, which handled the project for American Express.

“Spent” makes little reference to American Express as its sponsor, whose one credit appears on screen a minute and a half before the film ends, but those visiting the film’s own website will find links to two prepaid-card products, Bluebird and Serve, offered by American Express to the nontraditional financial services market.

“The issue in general, it’s one we believe in pretty passionately,” said Daniel H. Schulman, group president for enterprise growth at American Express. “There is this saying, ‘It’s expensive to be poor,’ and usually the less money you have the more it costs to manage it.” Shulman says that they do not “want this to be about our products or our services,” because “if someone is turned off by what they think of as advertising, and they do not watch the documentary, something is lost…We could have gone a traditional way,” he added, “but that isn’t going to make the impact this documentary can in breathing life into ‘financial exclusion.’”

Is the documentary an example of what Rae Ann Ferara recently dubbed “sadvertising” in an article in Fast Company? In that article, she noted:

“Larger social and media phenomena have converged with a few shifts in the marketing world—the content mandate, and the embrace of neuroscience and its lessons about the power of the unconscious. The rise in emotional advertising comes at a time when brands are striving to create ‘content,’ not simply make ‘ads.’ That is, they are devoting their energies to crafting stories (and other things—products, apps, experiences) that people actively seek out and share—stuff that looks more like the entertainment and editorial material audiences like, not the unpleasant interruption to that material. In the video world, this has meant freedom to pursue longer, human-centric narratives over simple product sell (think about the last Swiffer ad you likely saw: it wasn’t a generic demonstration of the dust-lifting properties of the product, it was a mini-documentary that revolved around an amputee father and the challenges he faced doing housework). Meanwhile, experts in neuroscience are offering more evidence that this ‘softer’ approach to selling actually works.”

So heaven forbid that we might believe that this very large financial service institution would be acting in its own best interest. Let us know what you think.—Ruth McCambridge