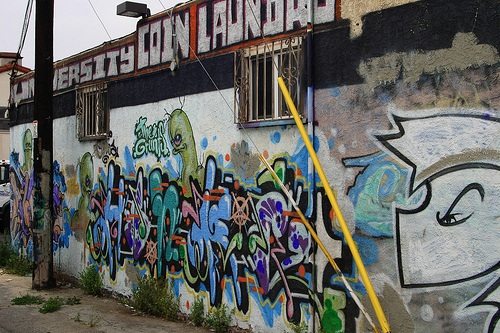 In the last few years, San Diego’s budget cuts have resulted in layoffs to the city’s police department and a reduction in some of its gang-prevention efforts. An all-volunteer commission made up of representatives from city agencies and local nonprofits that is working to fill this void is gaining attention and raising new questions about how “progress” should be evaluated. KPBS reports that San Diego’s police department has had to cut 300 positions since 2009 and has been struggling with a computer dispatch call system that dates back to the 1970s. “The strain has meant that rather than digging into persistent public-safety issues with fresh tactics, the department has been digging itself out of a hole,” according to KPPS.

As the city looks for ways to maintain its commitment to community policing approaches, the San Diego Commission on Gang Prevention and Intervention, an all-volunteer entity established in 2006 and made up of city and nonprofit representatives, is working to maintain programs for the present and recommend new policies for the future. Although progress is undoubtedly difficult to track, KPPS references a 2007 study by the San Diego Commission that shows that the number of youths joining gangs “has consistently outnumbered those leaving them.” As added evidence of a growing problem, San Diego Police Chief William Lansdowne told KPPS that 2012 was the first time in ten years that he observed an increase in gang-related crime “across the board” in the city.

Within this context, the San Diego Commission on Gang Prevention and Intervention has assumed new importance as an advocate for nonprofit programs and the families that they serve. KPPS notes that San Diego nonprofits have been “keeping up their end of the bargain” during the last few lean budget years by providing added youth programming such as highlighting local job opportunities and other activities. To help sustain these citywide programs, one element of the Commission’s six annual meetings is a focus on assisting nonprofits with identifying and securing funding. As a service to families, it also provides a community resource directory.

Local nonprofit leader Rosa Ana Lozada, chair of the Commission and CEO of the youth-serving nonprofit Harmonium, is considering new ways to track the progress of her group. She told KPBS that while San Diego is quantitatively tracking new gang members in the city, at this point it is not qualitatively tracking those who didn’t become part of a gang due to interaction with a nonprofit organization or a helpful hand at the police department. Just as the Commission has been helping other local entities to secure funding, according to KPBS, it has also requested financial support so that it can complete its own strategic planning process. It will be interesting to follow this group as it carves out a path for itself and other local organizations in the future. –Anne Eigeman