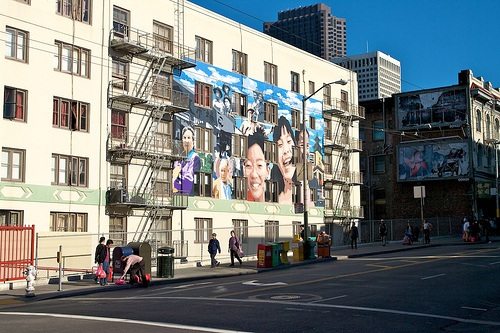 The downside of living in one of America’s most desirable cities is that only the rich can afford it. And now it seems the problem persists in San Francisco, where nonprofits are once again facing skyrocketing rents. The price of space is fueled by a local economy strengthened by the flourishing technology industry, according to a recent article in the San Francisco Examiner. Nonprofits are experiencing the same economic pressures as the Bay Area’s millions of middle- and working-class families faced with the inability to compete with the deep pockets of the technology types.

Of the 6,000 nonprofits within San Francisco, the city contracts with about 1,400, which receive a combined $528.8 million to provide services such as mental health treatment, legal assistance for tenants and arts programs. But nonprofit leaders tell the Examiner that the hot tech industry is putting a rent squeeze on them as landlords seek to maximize profits, a problem that increases as more of the leases near renewal.

This is nothing new for San Francisco, which has paid a heavy price for being consistently listed as one of America’s most desirable cities—a precipitously high cost of living, especially for real estate rentals and sales. In 2000, CompassPoint, San Francisco’s highly respected nonprofit capacity builder, released a study (“Nonprofits at Risk: The Space and Occupancy Crisis Facing San Francisco’s Nonprofit Community”) that contained compelling data on the severity of the space crisis for San Francisco nonprofits back then. Despite a respite during the Great Recession, the local real estate market has come blazing back with a vengeance as the once-again booming technology industry gobbles up space.

The Examiner article contained several stories of community-based nonprofits forced out, or on the verge of it, by doubling rents that landlords know they can get from well-heeled technology tenants. San Francisco added 41,300 new jobs between 2011 and 2013, during which time commercial vacancies dropped from 12.4 percent to 9.3 percent and commercial rental rates increased from $39.67 per square foot to $52.69, a nearly 33 percent increase.

The economic success, however, has led to economic pressures that are reaching City Hall in the form of complaints about rent hikes, evictions and neighborhood gentrification. The city is beginning to focus on the nonprofits’ concerns, with one supervisor talking about such ideas as loan assistance, development impact fees and selling off city-owned parcels to nonprofits at a reduced cost.—Larry Kaplan