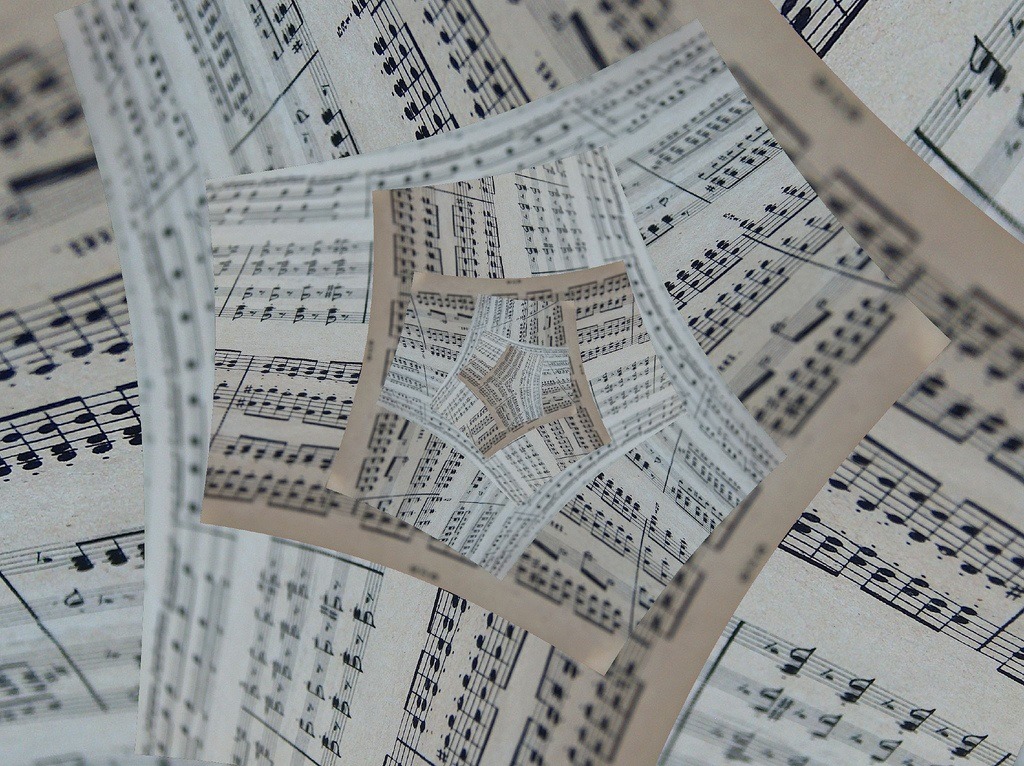 The problem, as described on the website of Partners for Sacred Places, is this:

“Across America, many places of worship suffer from declining attendance, the effects of the distractions of contemporary lifestyles, and the burdens of aging, under-maintained, and over-scaled places of worship. Congregations of nearly every faith, face challenges of unanticipated magnitude. Once an object of civic pride, these historic sacred places have now become a burden for many denominations and congregations.”

The solution, increasingly, is to open wide the doors of older churches and invite artists and nonprofit arts organizations—many of whom have neither the need nor the resources to own real estate—to share these “hallowed spaces, breaking down barriers with neighbors and paying the heating bills,” as reported in Deseret News.

In Indianapolis, the historic First Presbyterian Church has been rechristened as Harrison Center for the Arts, home to two dozen artist studios, three apartments, four galleries, an annual music festival and the Indiana office of VSA, the John F. Kennedy Center’s nationwide arts program for people with disabilities. Plus the congregation of Redeemer Presbyterian Church, whose pastor, Jason Dorsey, is also a painter. Tens of thousands of people visit the building each year—some to worship, some to participate in arts experiences, some as guests at events in the building’s rental spaces. The center is meant to spur “cultural development,” which is broadly defined. The commitment to building community—and to fostering the next generation of Indianapolis artists—is clear. In addition to a program aimed at supporting cultural entrepreneurship, the leaders of Redeemer managed to preserve three nearby historic buildings that once housed the Herron Institute of Art and Design; those buildings now house Herron High School, an arts-centered public charter school that serves more than 700 students.

In New York City, Judson Memorial Church in Greenwich Village began offering free space to emerging artists some time after World War II, when many immigrants moved out and many artists moved in. The church is credited with helping to launch the careers of Yoko Ono and Claes Oldenburg and movements like postmodern dance. But ten years ago, the building was in a state of advanced disrepair and the church had only about 75 members. Today, it’s open 24/7, with tenants that include a theater company, a Sikh film agency, an experimental dance school, the West Village Chorale, and other nonprofits that serve undocumented immigrants, a Muslim advocacy network, and congregations for Korean immigrants, gay Catholics, the homeless and people in recovery.

Philadelphia-based Partners for Sacred Places was established in 1989 as a “national, non-sectarian, nonprofit organization focused on building the capacity of congregations of historic sacred places to better serve their communities as anchor institutions, nurturing transformation, and shaping vibrant, creative communities.” With additional offices in Chicago and Fort Worth, the organization has been instrumental in helping congregations across the country to maintain aging buildings and find new ways of engaging communities in spaces no longer required for church services or other activities. Many such spaces are used by other nonprofits to deliver social services, daycare and other types of programming—which generate rental income while ensuring the buildings continue to be seen as community anchors. Partners for Sacred Places estimates that there are more than 100,000 older places of worship in the United States, many of which need assistance in planning for and paying for building maintenance and repairs, as well as in finding creative ways to repurpose unused spaces.

Clearly, the arts community is not the only nonprofit sub-sector to take sanctuary in older churches. But artists and churches are sharing spaces often enough that Partners for Sacred Places has undertaken a study, in collaboration with Drexel University, to develop “a scalable, replicable model for matching small to mid-size dance and theater companies having space needs with historic sacred places that have available spaces.” The research is being conducted in Baltimore, Austin, and Detroit. This project builds on the Partners for Sacred Places initiative, “Making Homes for the Arts in Sacred Places.” As part of the study, a recent survey in Baltimore found that 75 percent of artists think the city needs more performance and rehearsal spaces, while four historic congregations were found to have a total of more than 13,000 square feet of underutilized space that might be used for arts activities.

In Seattle, Nathan Marion leads Lonely Buildings, a nonprofit consulting firm that helps congregations find innovative ways to fill their emptying spaces, sometimes with arts programming, sometimes with coffee shops or office spaces. Marion got involved in this line of work ten years ago when he helped the Episcopal-Lutheran Church of the Apostles in Seattle to redevelop the old St. Paul’s Lutheran Church, now known as Fremont Abbey Arts Center. The model has caught on: Portland has a similar space, Portland Abbey Arts, which is also home to an Episcopal congregation, a community food pantry and social services organization, and a “vintage former public library” that now serves as a music venue and community gathering space. There’s a reference to “The New Abbey Movement” on the Fremont website.

What’s happening in your community? Are arts groups and other nonprofits making their homes in sacred places? NPQ would love to hear about other examples of “cohabitation” in houses of worship.—Eileen Cunniffe