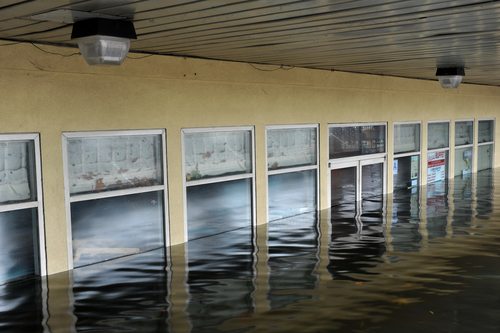 Definitions of problems and histories are enormously susceptible to people’s belief systems and worldviews, and so it goes with Wikipedia’s article on Superstorm Sandy. Writing for the Telegraph, Mic Wright notes that there is a struggle over the frame “one man battled to ensure that no mention of global warming appeared in the text.” Relates Wright, “A 56-year-old Florida resident called Ken Mampel who goes by the name Kennvido on the site kept up a vigilant watch – he claims he stayed up for 24 hours straight at one point – to keep the page climate change free.” Others fought to ensure its inclusion.

Though Wikipedia is dedicated to writing its articles from a neutral point of view, one man’s sense of neutrality may not be another’s. Arguments about Sandy’s connection to climate change occurred on a page titled “Talk: Hurricane Sandy” and the arguments were heated. These discussions usually remain hidden from the casual Wikipedia reader, but the argument became more public due to a piece in Popular Science criticizing Manpel. This has exposed the sometimes-heated discussions between editors and some of the editors, according to Wright, consider this unseemly. He disagrees.

“I don’t think revealing the arguments to a wider audience is shameful. In fact, it’s how hidden discussions generally are that’s the problem.” Pens Wright, “The Talk page shows editors attempting to reach a fair conclusion to the debate and the article now features a section headline ‘Relation to Global Warming’ which covers media discussion on the topic without indicating an indisputable causation or correlation. It doesn’t hurt for internet users who rely on Wikipedia daily to know more about how the sausage is made.”

It’s an interesting discussion of the difficulties involved in getting to a commonly agreed upon truth in a contested area. Here’s a snippet from an editor for a sense of the passion involved in framing the issue: “The scientific method is based on looking at the evidence. There are other beliefs which have no evidence, are based on ignorance, and contradict the evidence. If someone is engaged in gravity-denial, I’m not going to pretend his view is equal to the evidence based position that gravity exists. You choose to not believe in global warming despite the evidence to the contrary, and no doubt you will have some antiscience postmodernist reason for thinking so, but please don’t try and act as if your ill-founded opinions have any actual validity and should be treated seriously in this article.”