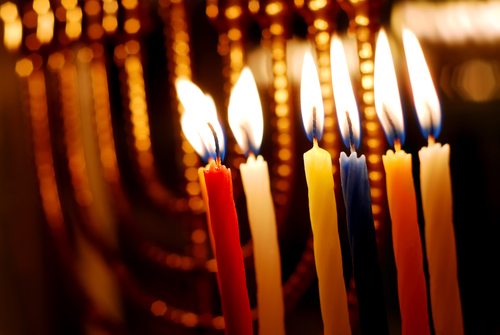 This time of year, many parents are frustrated with the consumerist atmosphere in which they and their children may become complicit. However, there are ready antidotes that can help children focus differently, and Heifer International is a prime example. This year, actor Ed Asner (best known for “The Mary Tyler Moore Show” but often seen on TV around the holidays as Santa Claus in the Will Ferrell movie Elf) has become the pitch man of sorts for Heifer International’s “Heifer at Hanukkah” charitable giving campaign. Heifer International is dedicated to eliminating hunger and poverty through providing animals to families who use them to create a renewable food source, and who agree to pass the animal’s offspring along to other families in need. Its brochures are full of pictures of families, happy animals and stories that are appealing to children.

The “Heifer at Hanukkah” program, as its name implies, encourages people to make a donation to Heifer International during one of the eight nights of Hanukkah, which began at sundown on this past Saturday. Here is Asner’s video, aimed at the kids but also suitable for adults:

The essence of the appeal is that, during the eight nights of presents for Jewish kids, a child could be involved in a making a contribution that could potentially have a lasting impact for a family. The program is based upon the Jewish ideals of Tzedakah (the mitzvah of giving to charity) and Tikkun Olam (the responsibility “to fix what’s broken”).

“What I like most about Heifer International is the simplicity and certainty of donor impact: Donations buy animals and training, which produce food and income, which leads to self-sufficiency,” Jonathan Blank, the national chairperson and creator of Heifer at Hanukkah, tells J, the Jewish News Weekly of Northern California. “It’s a formula that I understand, a formula that works.”

This strategy of providing double value for the giver and the gift recipient is attractive. We’d love to hear of other (perhaps lesser known) fundraising designs. –Mike Keefe-Feldman