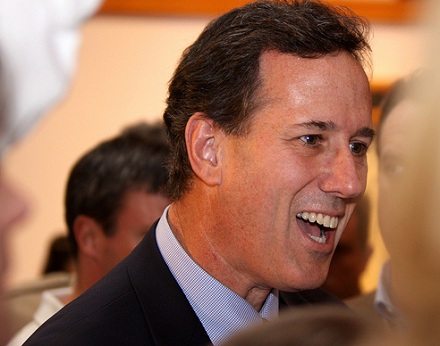 Rick Santorum, how can we miss you if you won’t go away?

After a moment of silence following his losses to Mitt Romney, Rick Santorum finally gave Romney a tepid endorsement over Obama and now he’s back. Mary Young of the Reading Eagle reports that Santorum has founded a 501(c)(4) social welfare organization called Patriot Voices. The purpose of Patriot Voices, Young reports, is “to mobilize 1 million conservatives around the country to promote faith, family, freedom and opportunity.” One might assume this mobilization involves getting conservatives to both move their feet and open their wallets. The organization is strongly connected to Santorum’s family and social values orientation, plus, as Santorum states in his press release, a belief in “freedom and American exceptionalism, entrepreneurship and opportunity, and personal responsibility.”

Why would Santorum found a (c)(4) instead of amping up the work of his PAC? One possible reason could be the veil of secrecy afforded to donors to 501(c) organizations, while PAC donors are disclosed to the public. Santorum says that Patriot Voices will work with his primary-season super PAC, the Red White and Blue Fund. In this case, working together could potentially involve donors giving to Patriot Voices without disclosure and then Patriot Voices could make a donation to the PAC (disclosed as a contribution from Patriot Voices, without listing Patriot Voices’ individual donors).

Patriot Voices will give all readers a link to Santorum’s latest “status update” statements (basically, where Santorum stands on the issues of the day). In a recent issue, Santorum took umbrage with President Obama’s call for a “deferred action directive” on undocumented youth: “Here we are again on a Friday afternoon on a quiet summer weekend with no one paying attention and President Obama announces yet another abuse of power—a decision to stop deporting and grant work permits to nearly one million immigrants who entered or remained in the United States illegally as children.”

No, the Rick Santorum of the Republican primaries has not gone away.—Rick Cohen