May 29, 2011; Source: Politico | Presidential candidate Tim Pawlenty spent Memorial Day making the rounds of events in Iowa, Michele Bachmann had a gig scheduled for New Hampshire. Why shouldn’t putative presidential candidate Sarah Palin show up at the Rolling Thunder rally in Washington D.C.? Actually, she showed up in the Pentagon’s North Parking lot which happens to be in Northern Virginia, actually before heading across the Memorial Bridge into D.C. around the Lincoln Memorial (as the pictures in this story clearly show). 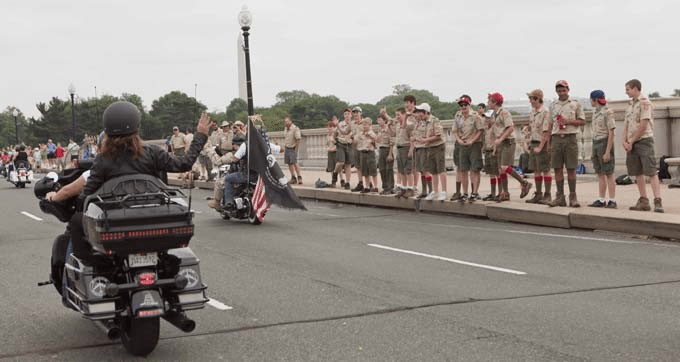 She was on the back of a Harley driven by daughter Willow while husband Todd and daughter Bristol were on separate bikes. 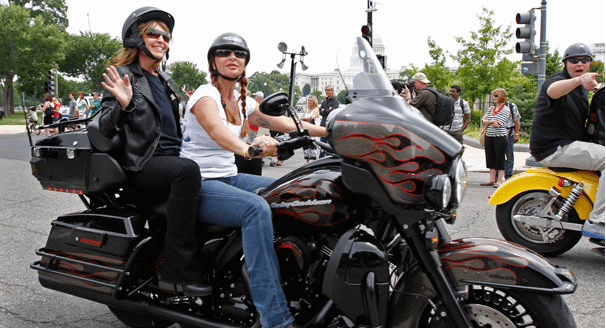 Purportedly, this was an “incognito” appearance by Palin as part of her nationwide bus tour, but even though Palin didn’t give a formal speech, it is hard to see this as anything other than publicity, especially given her less than invisible bus parked on Key Bridge and the national fundraising effort accompanying the bus tour. 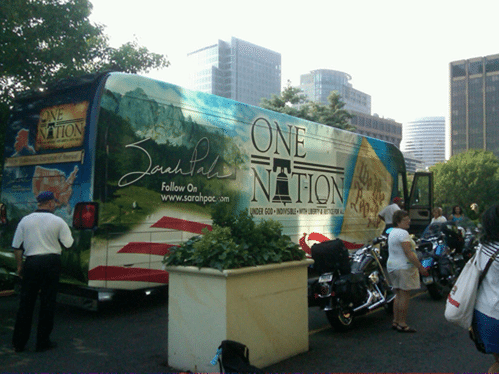 Palin received a mixed reaction from official Rolling Thunder people at the rallies. Rolling Thunder’s national legislative director, Ted Shpak, shouted at reporters, “This is our run, back up!” He added, “I'm very not appreciative of the way she came in here. If she wanted to come on the ride, she should have come in the back." But other Rolling Thunder people saw Palin’s presence as a positive thing, boosting the event’s visibility.

As immensely interesting as Palin is, for NPQ readers, the news might be that Rolling Thunder is a nonprofit—which may explain some of its representatives’ touchiness about feeling like Palin was riding them for her own political purposes. According to its website, Rolling Thunder is a 501(c)(4) established in 1987 and incorporated in 1995 with more than 90 registered chapters dedicated to “bring(ing) full accountability for Prisoners Of War (POW) and Missing In Action (MIA) of all wars.” It is hard to imagine anyone isn’t aware of the Memorial Day “Ride to Freedom” with over 900,000 participants and spectators. Rolling Thunder actively promotes legislation with POW/MIA themes, succeeding in getting legislation authorizing the POW/MIA flag to be flown below the American flag at the Vietnam Veterans Memorial, the Korean Memorial and the WWII Memorial.

Rolling Thunder has given bikers a good, patriotic name. To Palin, "There's no better way to see D.C. than on the back of a Harley! . . . You’re celebrating a free spirit. What could be more American than that?" —Rick Cohen