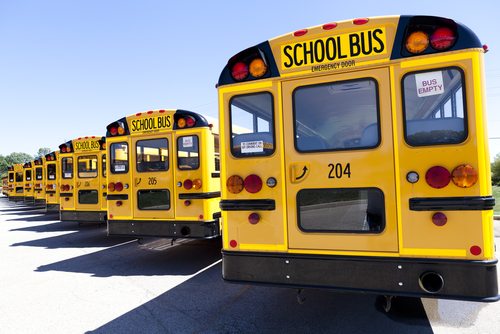 The NPQ Newswire keeps a regular watch on charter schools because despite their public school status, they are often managed and run by nonprofits that advocate education reform policies such as school choice and are frequently funded (or given supplementary funding) by charter school-promoting foundations such as Gates and Walton. However, charter schools do have their critics.

Writing for the Education Opportunity Network, a project of the Campaign for America’s Future, a politically progressive think tank and activist center, Jeff Bryant suggests that charter schools have “now become a heavily funded, well-marketed movement designed to siphon money away from traditional public schools.”

The “siphoning” Bryant highlights is a litany of charter school financial scandals:  in Pennsylvania, the state’s largest charter school took $1.2 million in improper lease-reimbursement payments; in Philadelphia, four charter schools loaned the nonprofit Aspira Inc. of Pennsylvania $3.3 million and made payments of $1.5 million in leasing costs and $6.3 million in administrative fees which Aspira used, according to Bryant, to increase its real estate holdings from $13.34 million in 2011 to $23.15 million in 2012; the founder of Pennsylvania’s largest “cyber charter” faces charges of taking $8 million in school funds for personal expenses including the purchase of an airplane and houses for his mother and girlfriend; and a Houston, Texas charter faces accusations of using $5.3 million in taxpayer funds for hotels, cruises, travel packages, and real estate purchase involving the school’s management company.

Bryant also remarked about New York City’s highly publicized “Success Academy,” known for “sky-high student scores on annual state tests,” apparently achieves those results by suspending or demoting pupils whose academic performance might lower the scores. (“Success” and others that follow a similar policy say that these suspensions and expulsions are due to behavioral problems, not academic performance, though the end result is that these pupils get tossed back into traditional public schools or the criminal justice system.) What’s more, statistics on charter school performance increasingly suggest that despite “Success”-types of policies, charter schools aren’t performing much better or in some cases even up to par with traditional public schools.

Critics of Bryant’s analysis might suggest that the Campaign for America’s Future and the Education Opportunity Network lean to the left and toward unions. On the board of the Campaign are well known progressives such as Jeff Faux of the Economic Policy Institute and Van Jones, the former advisor to President Obama and now co-host of “Crossfire” on CNN; the board of the Institute for America’s Future includes actor Warren Beatty, progressive activist and Barbra Streisand’s philanthropic advisor Margery Tabankin, Scott Wallace of the Wallace Global Fund, and Katrina vanden Heuvel from The Nation.

The left, however, is hardly unanimously against charter schools. Witness the openness toward charter schools from much of the Democratic Party establishment, including the Center for American Progress and candidates such as New Jersey’s Cory Booker. From the unions, the Institute’s board includes John Sweeney of the AFL-CIO and the Campaign’s board has Leo Gerard of the United Steelworkers as a member. But does the presence of progressives and union-supporters in the governance structure of the Network and the Campaign mean that Bryant’s critique of the “myth of charter school magic” is not valid? —Rick Cohen