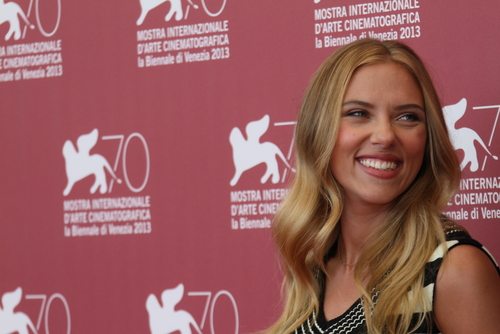 On January 10th, Scarlett Johansson signed on as the first-ever “global brand ambassador” for SodaStream, a company that makes home carbonation products. Nothing special about that, except that SodaStream has a factory in the West Bank in the Ma’ale Adumim settlement, which prompted Oxfam, the international humanitarian aid organization headquartered in the U.K., to issue an immediate statement of criticism.

“Oxfam believes that businesses that operate in settlements further the ongoing poverty and denial of rights of the Palestinian communities that we work to support,” an Oxfam statement said. “Oxfam is opposed to all trade from Israeli settlements, which are illegal under international law.” Making the issue a little more complex, Johansson has been active with Oxfam since 2005 as an Oxfam Global Ambassador.

Oxfam has indicated that it may reconsider Johansson’s role as an Oxfam Global Ambassador. In 2009, Oxfam had a similar incident with Sex and the City star and Oxfam supporter Kristin Davis, who signed an advertising deal with Ahava, a cosmetics firm that has a manufacturing plant in the Mitzhe Shalem settlement on the West Bank.

“I remain a supporter of economic cooperation and social interaction between a democratic Israel and Palestine,” Johansson responded in a statement. “SodaStream is a company that is not only committed to the environment but to building a bridge to peace between Israel and Palestine, supporting neighbors working alongside each other, receiving equal pay, equal benefits and equal rights.” Johansson’s deal with SodaStream won’t go unnoticed, as SodaStream has purchased space for advertising during the Super Bowl that prominently features Johansson.

On one hand, there are NGOs that include SodaStream in their opposition to investment in Israeli firms operating in the West Bank, consistent with the Boycott, Divestment, and Sanctions movement that adds economic pressure on Israel’s settlement policies through boycotting firms like Ahava and SodaStream. On the other hand, SodaStream CEO Daniel Birnbaum claims, as in Johansson’s statement, that the firm is committed to the economic and social advancement of the nearly 1,000 West Bank and East Jerusalem Palestinians employed at its site.

As summarized by Emily Greenhouse for the New Yorker, “regardless of whether you support or oppose SodaStream’s plant location, doing business in the Occupied Territories seems, by its very nature, political.” Johansson’s Super Bowl TV ad will highlight the sexiness of making soda at home. The ad won’t discuss whether the firm’s location—in a settlement that the Jewish Telegraphic Agency says “will likely be incorporated into Israel in any future [Israeli-Palestinian peace] deal”—really helps the Palestinian economy (where Palestinian unemployment was over 22 percent in 2012 and more than a quarter of the population lives in poverty) or simply exploits Palestinians who live in worse conditions and have much fewer rights than residents of Israeli West Bank settlements, notwithstanding their SodaStream employment.

Our guess is that, as in the situation with Kristin Davis, Oxfam is in a tough spot. It appears that Oxfam never terminated its “ambassador” deal with Davis despite her Ahava spokeswoman role. Will Oxfam jettison Johansson, who has not only worked with the NGO for several years, but also spoke at the Democratic National Convention and raised campaign money for President Obama, whose administration has criticized the continuing expansion of settlements? The issue isn’t about what Johansson ultimately does, because her undoubtedly well-compensated Super Bowl ad is already shot and in the can. It is about what Oxfam chooses to do with an international celebrity who is simultaneously an “ambassador” for both the NGO and a West Bank manufacturing firm.—Rick Cohen