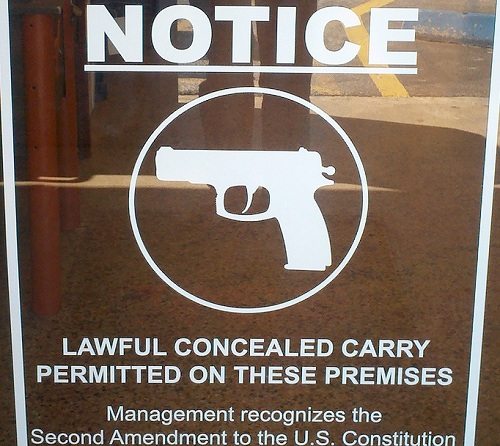 South Dakota has become the first state in the nation to enact a law to allow teachers and volunteers in schools to carry guns. Similar laws are being debated in many state legislatures following the massacre at Sandy Hook Elementary School in Connecticut late last year, but almost all have stalled. South Dakota’s law goes further than those being considered in many other states by allowing community volunteers, as well as teachers and administrators, to patrol schools while armed.

South Dakota is a very rural state, with median school district preK-12 enrollment coming in at under 300 students; only 23 of the state’s 151 public school districts have more than 1,000 students. Supporters of the bill emphasized that law enforcement is often unable to respond quickly to urgent incidents because a single officer may patrol hundreds of square miles. However, many education officials, including associations representing the state’s teachers and administrators, opposed the measure, citing the potential risk to both students and adults from firearms being brought onto school property. Some urban school districts in the state already have local police stationed on school grounds, making armed teachers and volunteers unnecessary, opponents said.

South Dakota school districts choosing to implement a school sentinel program may need to update their volunteer management programs to provide appropriate oversight, as well as update their insurance coverage to accommodate armed adults on school grounds. Will programs like these make schools safer, or will they merely help nervous parents believe their schools are safer? Or will the presence of guns in school buildings, even if legal under state law and intended for protection purposes, make schools less safe? –Michael Wyland