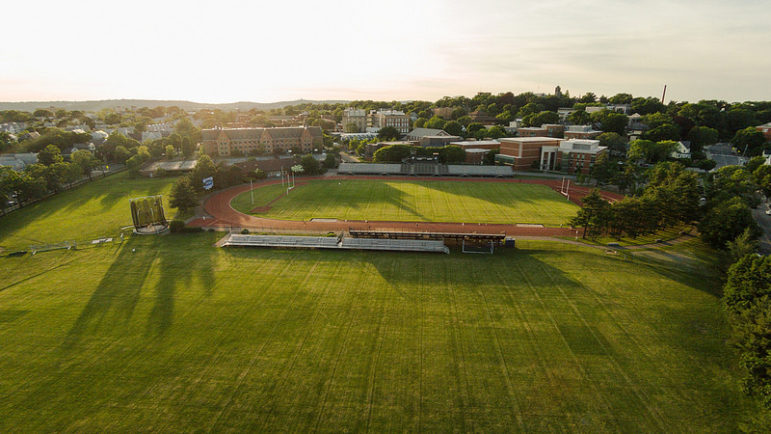 A bitter, nasty presidential campaign dominates the headlines. More than the content of platforms and each candidate’s positions, we are seeing a political landscape defined by debate that sees opponents as evil. It reflects a disturbing change in the tenor of our civic conversation—one in which partisans reject the legitimacy of those who do not agree with them and see no common ground upon which to stand.

It seems more and more difficult to have a civil conversation in which we are actually listening to one another. A recent Pew Study found that:

Rather than seeking to learn and find common ground, we reject the rights of those we do not agree with to be at the table. We no longer seem to recognize that we have a shared stake in the outcome. Confrontation and power are seen as preferable to dialogue, understanding, and compromise.

For universities, too, such characteristics are threatening their basic identity as an environment in which all ideas are welcome, studied, and challenged, and the search for knowledge essential. They have been pressed of late to find ways of reversing the path toward more and more confrontation that has left many of their students feeling hurt and threatened. And perhaps their experience can serve as a cautionary tale inspiring others to build more effective engagement.

Tufts University has begun an interesting experiment on changing the nature of how partisans engage in the debate on the future of Palestine and Israel. The depths of the divide these two nations face is illustrated in a debate over food that took place last fall on the university’s campus. For supporters of Israel, an Israeli food fest organized by Jewish students was an enjoyable day of humus and falafel. But for members of groups supporting Palestinian rights, it was an event to be vigorously protested as another example of cultural theft and occupation. All of the venom in the debate over BDS was wrapped up in a pita. From one perspective, the protests were described as “… bullying masquerading as social justice.” Others just saw being disruptive as the way to make their position known. Neither side saw common interests or values with those they were battling with. Resolution of the conflict was not the goal—total victory was. Friends of Israel, the sponsoring group for the food festival, made a formal complaint to Tufts administrators claiming that the protests had “. . .victimized students and violated university policy . . . They wanted to meet with S.J.P. [Students for Justice in Palestine] leaders and a mediator.” Itamar Ben-Aharon, president of the club, said, “They can push back on our belief and opinions of Israel, but they actually have to hear us out first.”

Into this toxic environment has come Jeffrey Summit, who leads Tufts’ Hillel Center, and Celene Ibrahim, the University’s Muslim chaplain. Both were increasingly disturbed by the lack of connection between pro-Israel and pro-Palestine advocates, and concerned that those who are not yet in either camp had little opportunity for learning and engagement. They recognized that before they could begin to work on a better conversation, they would need to get both sides into the same room. Their approach was to plan a joint day of study, modeling a different way to engage that featured an Israeli and a Palestinian who spoke of their personal journey from rejection of the “other” to a recognition that their futures were bound together and there was need for a win-win outcome.

The small attendance for this program underscores how difficult this challenge is. The program’s value will be more evident in what comes next. One of the event’s organizers, Nazifa Sarawatld, recognized how critical the human dynamics are. As the New York Times reported, she “… wanted more collaboration, and with Hillel the key player, she worried about a power imbalance. Maybe students at the grass-roots level should be in charge…”

What the Tufts experience is demonstrating is that creating civil discourse and shared problem solving requires the building of relationships that can only happen slowly. Those who disagree will need to be given time and space to discover that there are commonalities as well as differences with their foes.  Hard work under the best of circumstances, but much more difficult when national leaders model how a different culture can be established at the more local level.—Marty Levine