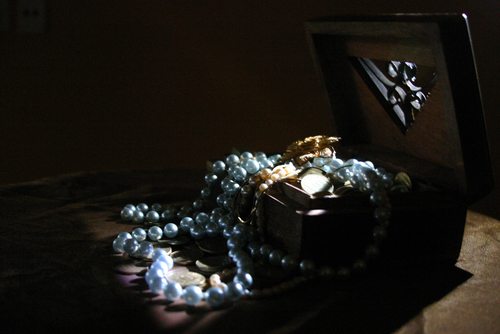 The editorial board of the Detroit Free Press has had its fill of dark money in Michigan politics. In a lengthy and pointed editorial, the Freep described the big money 501(c)(4)s supporting both candidates for mayor of Detroit, focusing on the most recent donations from the super PAC supporting Benny Napoleon, and concluded, “It sure flunks the smell test—but it’s probably not illegal. Increasingly, that’s the abysmally low standard applied to political fund-raising in Michigan.”

Napoleon was supported by a super PAC called Detroit Forward. Super PACs are required to disclose their donors. However, it received a “substantial donation” from a 501(c)(4) called the Michigan Community Education Fund, which doesn’t have to disclose. Heading both Forward and the Fund is Chris Jackson, a Detroit businessman. The Michigan Community Education Fund is the “donor” of 36 percent of the Detroit Forward’s $413,750 fundraising total so far.

Facing Napoleon in the mayoral contest was Mike Duggan (elected mayor just yesterday), whose super PAC, Turnaround Detroit, has raised nearly $3 million. The state is investigating Turnaround Detroit based on a complaint filed by Detroit Forward, and this week Turnaround repaid the compliment by filing a complaint that the Michigan Community Education Fund was really only a shell entity to funnel money to Detroit Forward.

The Freep editorial demonstrates how the national phenomenon of dark money through dubious social welfare organizations has filtered down to municipal elections with all of its corrupting impact. “This is about money laundering, dissembling, shallow theater and the perpetual war of annihilation for annihilation’s sake,” said Rich Robinson, director of the Michigan Campaign Finance Network. “I think that’s what politics is now.”

But the Freep recognizes that secrecy is only part of the problem. The donors to Turnaround Detroit have been disclosed, since Turnaround is a PAC, but the donors are big time players: Penske gave $250,000; Quicken Loans, headed by Dan Gilbert, who has been acquiring much of downtown Detroit for his Quicken Loans firm (and who this year purchased a controlling interest in the Greektown Casino, where Duggan has been on the board), gave $80,000, though that had to be taken back because of a charge that it might have violated prohibitions on campaign donations by casinos; former Compuware CEO Peter Karmanos donated $200,000; and Vanguard Health, which purchased the Detroit Medical Center when Duggan was CEO, added $100,000. It is a list of big donors, which undermines the spirit of the campaign finance law “which seeks to control the extent to which money (from individuals or corporations) warp the political process.”

501(c)(4)s have been active at the state level for some time. Governor Rick Snyder’s New Energy to Reinvent and Diversity Fund (NERD Fund), a (c)(4) that doesn’t have to disclose, pays for the salary of Snyder advisor Richard Baird and the living expenses of Detroit ‘s emergency manager Kevyn Orr, though Snyder has said he wants the NERD fund to shut down and be replaced by an organization that does disclose its donors. Other state politicians have, or more accurately, are associated with other 501(c)(4)s. It causes a big problem in the money flowing into judicial races, which has exploded in recent years. Given the secrecy of the money supporting judges, it becomes difficult if not impossible to disqualify judges who might be compromised in particular cases by the sources of their campaign funding, unless they voluntarily recuse themselves on that basis.

The editorial closes with Robinson of the Michigan Campaign Finance Network again: “It’s just as though this whole thing is seeping down into the culture, and dark money becomes more of the way of politics,” Robinson says. “And there’s great peril in that.” The Freep makes a compelling case.—Rick Cohen