Sector-Switching: Two Groups Make the Change From For-profit to Nonprofit 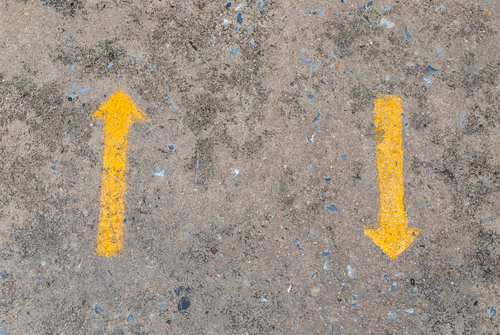 NPQ has been tracking shifts made by organizations from one sector to another—as, for example, in the case of health insurers looking to go for-profit—and instances where they overlap in practice, as in independent bookstores now fundraising to survive or expand.

On the IRS’s list of recently-approved nonprofit organizations are two agencies previously incorporated as for-profit companies: J., a media outlet also known as the Jewish News Weekly of Northern California, and Hold Your Horses, an organization which provides equine-assisted occupational and physical therapy. Both companies converted to nonprofit status in order to open up additional streams of revenue.

Like many news companies around the country, J. was feeling a financial squeeze. According to J., “Industry pressures have affected [us] in recent years, and we have been forced to constrain our efforts, even as our community continues to flourish. The ability to take in tax-deductible contributions will allow us to serve you [the reader] better by investing more in reporting, distribution and new media.”

Hold Your Horses was also feeling a squeeze. It was founded in 2006 as a limited liability company (LLC) to provide physical and occupational therapy primarily to children with disabilities. From the beginning, the owner, Janet Weisberg, has offered sliding-scale fees to accommodate families who could not afford and whose insurance did not cover the services. For Weisberg, the company was about following her passion for horses and an opportunity to work with children with disabilities.

Hold Your Horses’ conversion from for-profit to nonprofit began in 2011 and took seven months at the federal level and eighteen months at the state level. Weisberg indicates that operating as a nonprofit has already opened new sources of funding. In 2012, Hold Your Horses received $165,000 in fees, contributions, and grants. On October 6, they will host a fundraising event, complete with a cowboy singer and a petting zoo—the kind of event a for-profit, arguably, does not operate.

There are a number of reasons why for-profit companies might switch to nonprofit or hybrid status: to secure additional funding such as grants, donations, and program related investments; to be able to solicit tax-deductible contributions; to focus constituents’ attention on the cause; and to more easily access volunteer labor, among others.

NPQ would love to hear about readers’ experiences with, and comments about, these kinds of shifts! —Jennifer Amanda Jones