Segregation in U.S. Schools Skyrockets Since 1980 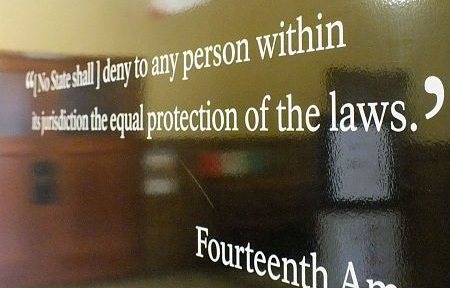 A newswire NPQ published last week took a look at segregation in schools on the 60th anniversary of Brown v. the Board of Education. These graphs created by the Civil Rights Project provide another way to look at the rapid regression to segregated schools that we have seen in this country in the last thirty-five years.

In the graphs below, the term “highly segregated” is used to designate schools where more than 90 percent of students are non-white. As you can see, where in 1980 only one black student in fifty attended a highly segregated school, now the ratio is one in four: 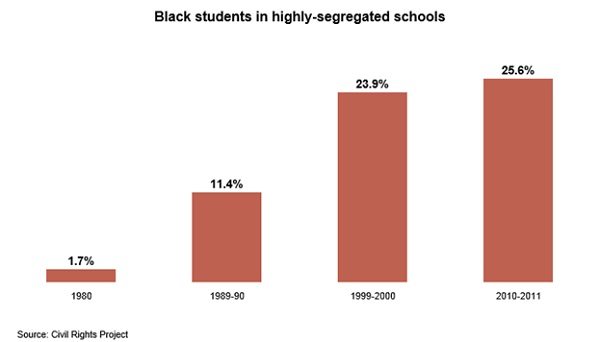 And the picture for Hispanic students is slightly worse: 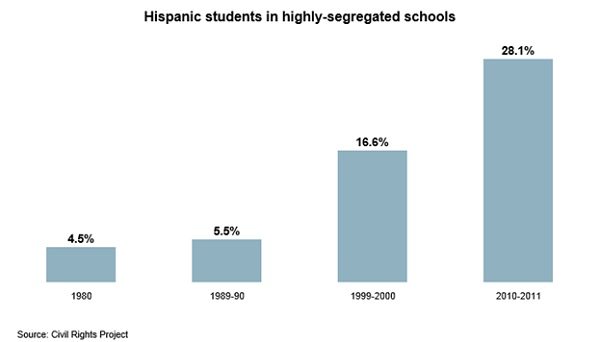 Additionally, Evan Horowitz, who authored this article, asserts that eighty-five percent of students in highly segregated schools are low-income, whereas right before the turn of the century only 70 percent were low-income. Horowitz observes, “As a society, we seem to have lost faith in the old instruments of equalization, like court mandates and citywide busing. Yet, we haven’t found any new, more popular approaches, which means for now we are just watching as our schools become more and more segregated.”—Ruth McCambridge