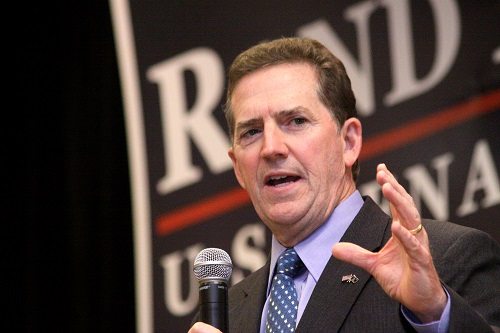 U.S. Sen. Jim DeMint (R-S.C.) announced yesterday that he intends to resign from the U.S. Senate in January to become the new head of the Heritage Foundation, a conservative 501(c)(3) nonprofit think tank based in Washington, D.C. He is scheduled to succeed Edwin J. Feulner, the Heritage Foundation’s only president since its founding in 1973, when Feulner retires in April. The announcement came as a surprise to many, as Sen. DeMint’s current term runs through 2016 and he holds significant committee positions in the Senate. He was also the founder of the Senate Tea Party Caucus.

DeMint’s resignation from the U.S. Senate means that South Carolina Gov. Nikki Haley, a Republican, will appoint someone to serve until a special election in 2014. USA TODAY notes that South Carolina has typically been a GOP-dominated state, but Gov. Haley and Sen. Lindsey Graham (R-S.C.) are up for re-election in 2014 and “both are vulnerable to primary challenges.” Adding a special election for South Carolina’s other U.S. Senate seat guarantees much political positioning and political spending in the coming election cycle.

DeMint has been quoted in the past as being interested in a think tank leadership position after his Senate career. He enjoys a reputation as a conservative thinker who is willing to challenge the Senate GOP leadership on policy issues. USA TODAY quotes David Woodard, with whom DeMint co-wrote a book in 2007: “… he really wants to do policy and he thinks the Heritage Foundation is the place to do that.”

As a policy expert and self-styled “citizen legislator,” DeMint will have the opportunity to influence conservative policy debates and will represent Heritage Foundation research and positions publicly. Although he won’t have a Senate vote, he will also be freed from the party-line constraints increasingly common in a polarized legislature. The new position will also likely represent a significant increase in salary. Although no starting salary was announced, the current Heritage president receives approximately $1 million annually (over half in bonuses), according to the organization’s most recently filed Form 990. In that filing, Heritage reported revenue of about $80 million and net assets of $164 million. –Michael Wyland