September Jobs Report Neither a Conspiracy Nor a Cause for Celebration 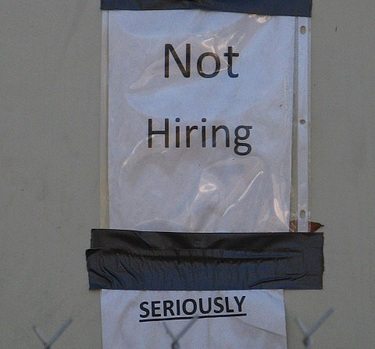 Can you imagine the Bureau of Labor Statistics (BLS) deciding to surreptitiously manipulate unemployment figures to benefit Barack Obama’s presidential campaign? With the BLS depriving the Romney campaign of a core campaign rallying line—that unemployment has been over eight percent for the entire four years of Obama’s first term—a bevy of conservatives have come out as quantitative “truthers,” imagining that the Obama administration ordered the BLS to cook the books.

Leading the way for the “truthers” is former General Electric CEO Jack Welch’s charge that “these Chicago guys will do anything,” including faking jobs and unemployment numbers. The Tea Party’s Rep. Allen West (R-Fla.) immediately noted his agreement with Welch’s contention about those nefarious Chicagoans. Rep. Paul Broun (R-Ga.) said he also had questions about the veracity of the jobs report. Welch and others are pretty clearly ranking the U.S. with other countries that some observers say routinely manipulate their economic data, such as China and Argentina.

In case you didn’t catch the reference, “Chicago” might mean the Chicago campaign headquarters of President Obama’s reelection campaign or it might be a broader epithet to mean crooked politicians like former Illinois Gov. Rod Blagojevich. People knowledgeable about the operations of the Bureau of Labor Statistics and the character of BLS bureaucrats have pretty unanimously dismissed the Jack Welch conspiracy theorists as full of bull.

President Obama’s people are naturally thrilled to have a good jobs report that removes Romney’s standard eight percent line, shows the economy moving for at least one month, and—in this latest twist—reveals some of Romney’s supporters to be crackpots. The critique of the BLS numbers looks like the work of people who might also be wearing tinfoil hats. In any case, the jobs report isn’t worth celebrating. Without imagining that the jobs report is partisan one way or the other, nonprofits know that the numbers (which are derived from two surveys—one of households reporting on their employment status and another of employers on job creation) still reflect much misery among their clients and constituents. Here are the lowlights:

The BLS wonks aren’t getting into politics with some allegedly cooked books and faulty surveys. Even if the September numbers end up as a statistical anomaly, the problem of unemployment in the U.S. is real, deep, and unforgiving. The creation of 114,000 jobs in September may be meeting the needs of some new entrants into the job market, but the prospects of people who have been unemployed for weeks or months don’t look good. The prospects are difficult for people accepting part-time work because they can’t find full-time jobs. And the prospects of discouraged workers who have simply given up are awful. All this happens while corporations sit on their cash, earn hefty profits, and watch the stock market march close to pre-recession highs.

Will any action be taken or will this nation continue to kick the can down the road in the hope that “un miracle de dieu” will suddenly happen and alleviate the challenge to political leaders to do something decisive and significant? Hopefully, the nonprofit sector doesn’t rejoice or bemoan the September jobs report for its impact on the election, but sees in it the continuing pain of millions of American families.