Serious Student Activism: Pros and Cons of the BDS Divestment Debate at UCLA 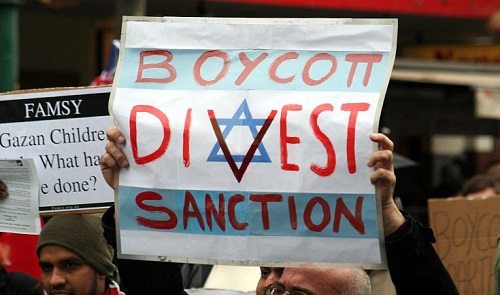 For everyone who suggests that the divestment decisions of individual universities don’t matter, this controversy at UCLA concerning whether to divest from companies doing business in the Israeli-occupied West Bank is evidence to the contrary.

Decades ago, Nelson Mandela credited the decision of the California state higher education system with playing a critically important role in overturning South African apartheid. If UCLA were to divest from Israeli goods related to West Bank production facilities, it would be an important victory for the Boycott Divestment Sanctions movement—symbolically as much as anything else. For the other side, defeating UCLA’s potential joining of the BDS effort would put an activist university on the side of rejecting the BDS strategy.

The UCLA issue doesn’t even rise to the level of an official university decision. In this instance, the controversy involved whether the student government would even recommend divestment. According to the Jewish Daily Forward, the UCLA chapter of Students for Justice in Palestine filed a complaint saying that two students on the Undergraduate Students Association Council had taken free trips to Israel, sponsored by the Anti-Defamation League in one instance and the American Jewish Committee on the other. Both students involved were not Jewish. Students for Justice complained that the students should have disclosed their free trips and abstained before the vote and further proposed that candidates for the Council pledge not to accept free trips to Israel sponsored by the ADL, the AJC, or the American Israel Public Affairs Committee.

Prior to the complaint, the divestment decision failed to win the Council’s support, losing seven to five. Since the complaint, students on two of the three major slates for election to the Council, including the student eventually elected as student council president, agreed to the pledge to reject free trips.

The free trips pose an interesting challenge to students whose positions and decisions on big policy issues clearly aren’t considered inconsequential to activists on either side. For the supporters of the BDS campaign, the free trips for student council members who would eventually vote on divestment represent a conflict of interest that should have been disclosed. For the opponents of BDS, the campaign to get student leaders to renounce free trips to Israel by groups like AIPAC is an effort to “stigmatize those taking trips to Israel sponsored by Jewish organizations.” As Jonathan Tobin wrote in Commentary, “the BDSers have decided that any vote cast by someone who had actually been to the Jewish state must be tainted by filing complaints with a student judicial board…since the most potent threat to support for BDS is knowledge of what kind of country Israel is and the challenges it faces.” To Tobin and others, the ethics of accepting free trips to Israel is a “bogus” issue.

Like other divestment campaigns, the BDS campaign against companies that do business on the West Bank is unlikely to bring any significant financial distress to the companies that were named in the U.C. Davis resolution: the U.S.-based Caterpillar for providing earth moving equipment that Palestinians say is being used to remove Palestinian homes; G4S, which provides technological equipment used by Israeli military forces at checkpoints; and the French firm Veolia Environnement, which purportedly uses subsidiaries to move waste from Israel into the occupied territories. Like most divestment campaigns, the target is symbolic and political rather than financial.

Contrary to some inaccurate descriptions, the BDS strategy does not target all Israeli-made or -connected products because, as Kenneth Stern and Michael Berenbaum write in the Jewish Journal, a broader campaign would pit the BDS movement against corporations such as Microsoft, Intel, Google, and Apple, which all have operations or affiliates in Israel proper. Stern and Berenbaum, suggesting pro-Israel, anti-BDS strategies, note that limiting the divestment targeting to companies with operations in the West Bank rather than expanding to all of Israel is “a smart move by BDS proponents…[because] many Americans (and, indeed, many Israelis) do not feel comfortable supporting the occupation.”

Why are university students so crucially involved, pro and con, in the divestment issue? Two students, Becca Caspar-Johnson and Maya Berkman from Wesleyan University, whose student assembly passed a divestment resolution, wrote an interesting explanation.

“Whether we agree with it or not, the passage of divestment at Wesleyan can be seen as a bellwether for student activism in the absence of diplomatic progress,” said Caspar-Johnson and Berkman, who are members of J Street U, a network committed to pursuing a two-state solution that believes that both Palestinians and Israelis deserve self-determination, freedom, and security. “The movement towards BDS is emblematic of what happens on many campuses when students no longer see a serious commitment from our communities and our elected officials to end the conflict.”

Their analysis resonates with the activism of university students on other issues of broken policy-making in modern U.S. history, going back to student protests against the Vietnam War. Remember how much of the Vietnam era student efforts promoted education for a more informed electorate capable of moving the U.S. government toward reasonable, necessary policies to bring that war to an end? The two Wesleyan undergrads write:

“The question remains: what is our role—as students, as Americans, and as activists—to resolve the conflict and end the occupation? …[The result of the divestment debates] must lead to even sharper and more focused efforts as Americans to change our own political dynamics.”

That is the kind of sentiment and perspective that explains the importance and seriousness of student activism, and why issues of ethics and accountability are legitimate parts of the picture of student debates and decision-making around divestment, whether fossil fuels or companies connected to the West Bank occupation.—Rick Cohen