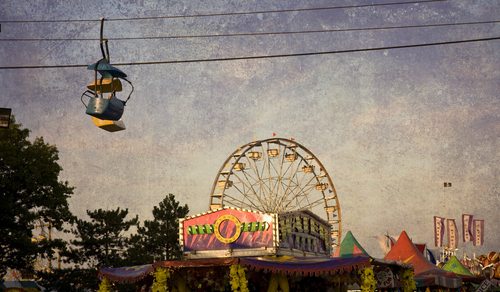 The ideal of the state fair, a public celebration of much of Americana, is part of our culture whether or not we personally identify with the Frake family attending the Iowa State Fair in the Rodgers and Hammerstein musical State Fair.

Until recently, governmental agencies and nonprofits ran state fairs, but they’ve had a difficult time making a go of it. In Virginia, recently, the nonprofit State Fair of Virginia, Inc. defaulted on more than $70 million in loans, leading to the auction sale of the nonprofit and the park grounds where it operated outside of Fredericksburg to a for-profit, Universal Fairs, LLC.

Including Virginia’s, Universal runs five state fairs—Georgia’s, Tennessee’s, Mississippi’s, and Washington’s. The company’s owner, Mark Lovell, saw a bargain in being able to pick up the Virginia asset for less than $6 million and jumped at the opportunity.

However, the Frakes family might find the revised Virginia state fair a little less than friendly for their agricultural interests. According to Stateline, “Universal Fairs isn’t very much interested in the animal exhibits, crop displays and crafts projects that have marked the fair since its inception,” and the state’s farming community worries that Universal will ditch state fair staples such as scholarships for youth in programs like 4-H and Future Farmers of America.

Jim Tucker, president and CEO of the International Association of Fairs and Expositions, says that the for-profit fairs are quite different than those run by nonprofits. “The existing state fairs have an agricultural element and return their positive bottom line to investments in their infrastructure and improvements in the grounds. The entertainment aspect, the mobile amusements and concessions are the carrot to attract people to the agriculture and education,” Tucker says. However, carnival-like private fairs prioritize the amusements and concessions. Tucker concludes that a for-profit fair is “not a state fair anymore.”

Most state fairs are run by government agencies, not nonprofits, but they have lost pieces of their government funding due to state budget deficits and they aren’t doing well. New Mexico’s government-operated fair was declared “operationally insolvent” in a legislative report. Nevada tried to raise $280,000 in private donations to keep its fair going, but succeeded in getting only $20,000, and the Nevada state fair shut down. Michigan’s is closed, too.

Going private is increasingly one of the routes states are taking to keep their fairs alive—or to revive those that have been closed, as in Michigan’s case. Stateline cites the Illinois Policy Council and the Michigan-based Mackinac Center as two of the free market think tanks that suggest that state fairs would be better off outside of governmental control.

Somehow, this feels like more than a struggle between the public-serving governmental and nonprofit operators of state fairs on one side and for-profit wannabee fair operators on the other. The issue is really a matter of the nation’s willingness to commit itself to maintaining its cultural and historical connection to rural America. Are legislatures—and are private funders—going to be willing to support state fairs not because they have carnival-type entertainment and carousels, but because they are mainstays of our nation’s commitment to rural areas and to our farming economy?—Rick Cohen