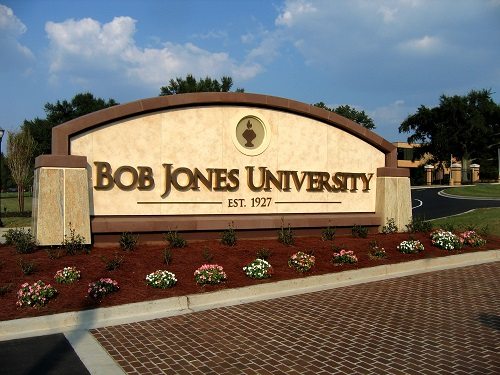 Amid the national controversy around columnist George Will’s view that women who have been sexually assaulted on college campuses occupy “a coveted status that confers privileges,” there is a specific story of one university with an apparently reprehensible policy regarding the treatment of victims of rape.

Bob Jones University in South Carolina lost its nonprofit tax status in a 1983 Supreme Court decision in which the Court decided that the university’s virulent racist policies were incompatible with compelling government public policy and could override the school’s belief that the First Amendment protected its racism. Would the IRS have acted similarly had it known of BJU’s treatment of women at the school who report themselves as victims of rape?

Al Jazeera’s impressive America Tonight program has aired a two-part show on BJU’s approach to the issue of sexual assault on campus. It tells of a woman who, after being raped by her supervisor at a summer job, reported the incident to the dean of students. As the young woman recounts the story, here is what the dean said:

“He goes, ‘Well, there’s always a sin under other sin. There’s a root sin,’” she recalled. “And he said, ‘We have to find the sin in your life that caused your rape.’”

The Al Jazeera story covers the allegations of that young woman and others who described at BJU a “culture that heaped on shamed and pushed them to silence…[in which] they were told that their sins had brought on their rapes, that their trauma meant they were fighting God and that healing came from forgiving their rapists.” The details in the story address not only the incidents of sexual abuse, but the trauma (not privilege, Mr. Will!) endured by the victims and the religious counseling offered by the school’s staff, focusing on getting the victims to forgive the rapists and to convince them to remove from their thinking the thoughts that made them unhappy, depressed, in cases, suicidal.

Although some observers, like Will, think that the definitions of sexual abuse on campus are too loose, the frequency of rape much less than reported, and the consequences much more mixed than one might think, even BJU has figured out that something is wrong with its particular responses to incidents of sexual abuse. The school has invited Godly Response to Abuse in the Christian Environment (GRACE) to investigate how BJU has handled sexual abuse complaints. GRACE’s director, Boz Tchividian, himself a professor at the religious Liberty University and a grandson of evangelist Billy Graham, suggests that the sexual abuse problem in Protestant world could be worse than in the Catholic Church. GRACE’s objective is to get institutions like BJU to demonstrate “authentic repentance.”

It looks like BJU has some ways to go. Earlier this year, the university had kicked GRACE off campus and terminated its investigation, only to reverse course and invite GRACE back a month later. BJU’s position, however, is that it invited GRACE in the wake of the Jerry Sandusky scandal at Penn State University, not in response to allegations of sexual abuse at Bob Jones itself. Let’s see what the formerly nonprofit Bob Jones University does with the upcoming report from GRACE. Will the school acknowledge its role in making policies that exacerbate and prolong the trauma of rape for the victims?—Rick Cohen