Do Racist Fraternities and Sororities and Tax-Exemption Mix? 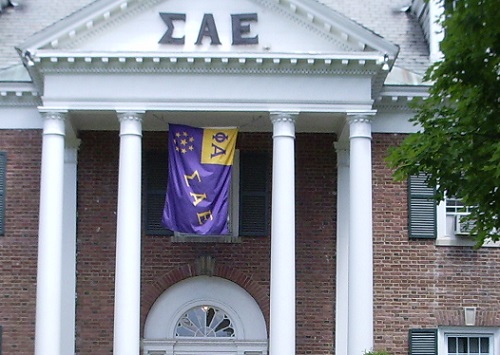 Should Sigma Alpha Epsilon lose its tax exempt status because of the racist chant of its University of Oklahoma chapter members on a bus trip, videotaped and widely distributed on television and cable news? It was enough to get at least two frat members kicked out of school and raise major questions about the fraternity, given that the chant about lynching Blacks was not impromptu or an ad lib but something that known and taught to members so that they could all join in. It also led to questions about the national Sigma Alpha Epsilon, its sparse history of African-Americans among its members, and its lack of attention to questions of diversity, much less racism, within its chapters. Many people have written about having heard or participated in the same chant at chapters of SAE at other universities.

To many, the SAE incident isn’t a total shock. Many fraternities are in practice, even if not in explicit policy, rather racially and ethnically exclusive. The NPQ Newswire has in the past touched on other examples of racism in the Greek-letter world, notably the de facto exclusion of Black students from white sororities at the University of Alabama. Several articles suggest that racial discrimination by fraternities—like SAE, until it was kicked off of the OU campus by university president David Boren—is illegal; as examples, look at this article on the University of Alabama Sororities and this treatise by Mississippi State University’s Matthew W. Hughey.

In this article from Slate, David J. Herzig, a professor of law at Valparaiso University, and Samuel Brunson, a professor at the Loyola University Chicago School of Law, question whether the racism that has been revealed at SAE should cost the fraternity its tax exemption. The SAE chapter at OU is tax-exempt under the national SAE tax exemption. The Slate authors compare the SAE situation to the IRS’s revocation of the tax-exempt status of Bob Jones University for its racially discriminatory policies, a decision that was made by the IRS under President Ronald Reagan. According to Herzig and Brunson, the Supreme Court backed the IRS over Bob Jones U., concluding that the government had an “overriding interest in eradicating racial discrimination in education” which was significant enough as to outweigh the religious beliefs of the school. Although SAE is tax exempt not as a public charity, as Bob Jones University was, but as a social club, Congress changed the law, the authors say, “to expressly forbid social clubs with official policies condoning or requiring racial discrimination from qualifying as tax exempt.”

SAE would probably say, even if it admitted the racism of the chapter members in Oklahoma, that it has no official policy condoning, much less requiring, racial discrimination. In other words, the racism of the SAE chapter and perhaps other SAE chapters that find the lynching song so enjoyable is “de facto” behavior, not an official policy of racism.

Can the IRS do anything in such a case? Herzig and Brunson say yes—the IRS can come down on SAE and others in the Greek-letter world to push them to rid themselves of the kind of tolerated and supported racism that showed up at OU and seems to have permeated other SAE chapters:

“How can the tax law operate, then, to effect structural change? It can dangle the carrot of their tax exemption in front of them while, at the same time, threatening them with its loss if they do not eliminate discriminatory behavior. We would propose that the IRS begin sending letters to all Greek organizations putting them on notice that if they discriminate, their tax-exempt status will be revoked. They can retain their tax exemption if they demonstrate that they do not discriminate based on race. This provides Greek organizations with a choice. If they are willing to comply with the norms of society, then they can enjoy the benefit of their tax exemption. If they do not wish to conform, they can explicitly signal that desire by forgoing the public subsidy implicit in being exempt from taxation.”

In a way, this would be pressuring the fraternities and sororities to change their behaviors and signaling the universities that host them to clean up their acts. It seems apparent that if the SAE behavior is truly exhibited in other fraternities and sororities, it is hard to believe that university administrators have been completely unaware. By turning a blind eye, they have in fact been complicit.

If the IRS can show that Greek-letter organizations have been knowingly racially discriminatory and, despite the now modern-day removal of explicit racially exclusionary membership requirements, still operate with those policies in practice, the professors might have a good argument. At a minimum, an IRS inquiry into fraternities and sororities whose racial practices continue to look, sound, and feel (and, shall we say, “sing”) racist seems like it would be useful in sending a warning shot across the bows of these social clubs, showing that illegal activities violating federal law will not be tolerated, much less rewarded with tax exemptions. Much better would be for nonprofit watchdogs to supplement the IRS’s activities, keep track of the activities of these university-sanctioned entities, publicize programs that reveal practices that evident racial discrimination, and notify the IRS (and perhaps state attorneys general as well) when they occur. Since the IRS hasn’t been one to pull tax exemptions other than in extraordinary cases or when groups don’t file their 990s regularly, this is where other nonprofits, including nonprofit associations and trade associations, should be standing up to rid the sector of organizations that, with tax-exempt status, profess, practice, and chant racism.—Rick Cohen 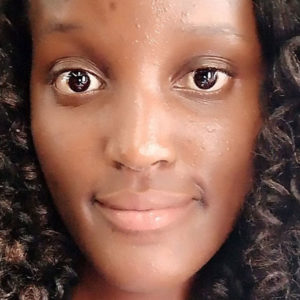 Ways of Seeing: AP Photo Reminds Us Why a Racial Justice Lens Matters