Should Rural Housing Be in HUD or Agriculture? 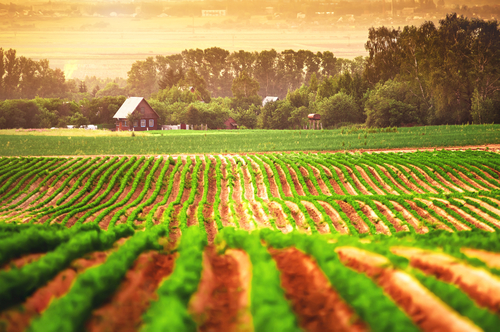 George Ford writes about the challenges Iowa employers have in recruiting employees due to a lack of affordable single-family and multi-family housing.

“For some, it’s almost a crisis situation where they can’t hire new workers because they have nowhere to house them,” according to Matt Mullins, a vice president of Maxfield Research, a real estate consulting firm based in Minneapolis. “These communities have been fairly static with very little housing development over the years.”

Interestingly, Ford cites both Iowa employers and the Mount Pleasant Chamber Alliance, recognizing affordable housing as an economic development problem that employers have to engage. In many other communities, employers know that there is an affordable housing problem but treat its solution as someone else’s responsibility.

Maybe there is a different kind of community engagement in rural areas. For example, Ford talks about four-plex and eight-plex projects being developed by the Ohl brothers in the small town of Independence, Iowa. In one case, it was purchasing a four-plex that was about to be demolished and simply moving it to another location; in another instance, they “repurposed” a grocery store into a couple of duplexes.

An important part of the story is that small developers like the Ohl brothers have needed a variety of government subsidies to make their efforts and projects work. For example, for some of the projects, the Ohls have taken advantage of $25,000 down-payment assistance grants from HUD made available after a flood in 2008. The city also gave the Ohl brothers’ projects access to sliding scale tax abatements. Other developers have taken advantage of the Workforce Housing Tax Credit offered by the Iowa Economic Development Authority.

But one of the issues for rural housing is clearly the need for capital—predevelopment financing, construction financing, gap funding, and more—and that capital ought to come from the federal government, given the resource constraints of many small communities. However, figuring out just where the federal government is on rural housing is an analytical challenge for policy observers. Just recently, the General Accounting Office issued a report recommending, as it has in the past, that the Rural Housing Service of the U.S. Department of Agriculture (RHS) consolidate some or most of its functions with the Federal Housing Administration of the U.S. Department of Housing and Urban Development (FHA).

At a hearing of the House Financial Services subcommittee, the lead author of the GAO report, Matthew Scirè, noted the large amount of overlap between the RHS and the FHA resulting in waste and inefficiency. The head of the RHS, Tony Hernandez, denied the presence of substantial overlap, suggesting that RHS clients in rural areas cannot qualify for FHA loans. Scirè responded that the income profiles of FHA and RHS beneficiaries are basically the same and that the RHS doesn’t really know how many of its borrowers could qualify for FHA loans. Scirè also noted that RHS is increasingly functioning like the FHA, getting out of the direct loan business and working more through private lenders. However, RHS, with only $19 billion in loans processed in 2014, has a larger staff than the FHA, which processed $786.2 billion in single-family loans.

Anticipating that Hernandez might get skewered at the House subcommittee hearing, the RHS issued a couple of press releases earlier in the month describing innovative things the Service was going to be doing, a point that Hernandez tried to get across during the hearing itself. Subcommittee chairman Rep. Blaine Luetkemeyer (R-MO) made it clear that he thought the RHS’s efficiency wasn’t good and that it needed to “take a hard look at their current practices and make the conscious decision to update how they operate and communicate.”

Maybe Hernandez might have made a more compelling argument had he brought in rural nonprofits to make the case that folding rural housing into HUD would mean a further reduction in the visibility and priority of rural housing needs and opportunities. Simply defending bureaucratic turf isn’t a winning strategy. Bringing the nonprofit (and even mission-motivated for-profit) developers to the table to explain how rural can simply get lost amidst all the urban housing challenges that HUD deals with on a daily basis seems a strategy that brings Luetkemeyer and his House colleagues what they need to hear. And that doesn’t preclude RHS taking a hard look at itself nevertheless.—Rick Cohen