Should the Profit Motive Figure into Prison Healthcare? 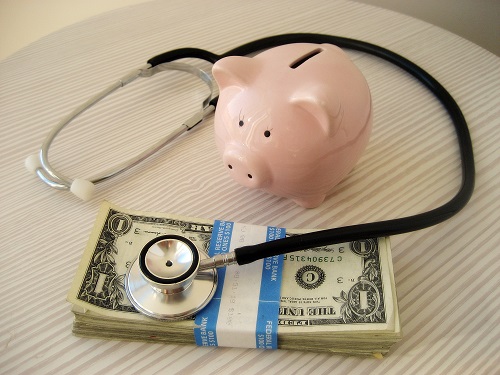 In a story that shows the tug-of-war between the for-profit and nonprofit sectors, the fight over contracting prison healthcare illustrates how each sector has a stake in these common watering holes.

A nonprofit healthcare provider’s contract with Washington, D.C.’s Department of Corrections hangs in the balance as D.C. councilmembers consider their votes next week to accept or reject a proposal from a controversial for-profit healthcare company that is jockeying to take its place.

Unity was founded in the District of Columbia in 1985. First established as a healthcare organization serving the homeless, it expanded in 1996 to become the District’s grantee for services aimed at the city’s underserved, uninsured, and working poor.

For-profit Corizon boasts over 30 years’ experience as the largest prison health care provider in the country, with contracts in 27 states. The company has a large footprint, and has attracted a sizable number of detractors who claim that for-profit companies are ill suited to care for the nation’s castaway prison population. In this most recent debate surrounding the D.C. Council’s upcoming vote, 86 civil rights, labor, and local activist organizations, including the American Civil Liberties Union, submitted a letter in support of Unity, calling on the Council to dump Corizon’s proposal and open the bidding process again.

In a separate letter to the D.C. Council’s chair, the associate director of the Human Rights Defense Center, Alex Friedmann, wrote that for-profit Corizon was a poor choice because “incarceration-related services are a responsibility of our government and should not be contracted out to the private sector for the purpose of generating corporate profit.”

Besides its heft, Corizon has something else that Unity does not—a lobbyist with a leg up in the web of hyper-political Washington, D.C. Max Brown is a registered lobbyist for another for-profit prison giant, the Corrections Corporation of America, which often pairs with Corizon as its healthcare provider in its private prisons. Brown reportedly visited the offices of several councilmembers as the Corizon contract eked its way through the bidding process.

Brown was also recently instrumental in campaigning for D.C.’s newly elected mayor, Muriel Bowser, personally donating the maximum allowable sum to her campaign, according to website ThinkProgress. Bowser submitted the legislation in support of Corizon’s contract bid to the DC Council Chairman on March 17, urging “prompt and favorable action.”

The Washington Post reported that a former aide to the late Mayor Marion Barry, Rhozier “Roach” Brown, addressed a crowd of supporters and detractors of Corizon who gathered Tuesday at the Council’s headquarters. At the rally, Brown mockingly dismissed the most widely cited criticism of Corizon’s care—the more than 1,300 lawsuits filed against the company in eight states over the last five years.

“You can sue a watermelon,” Brown told the crowd, according to the Post. An ex-inmate himself, he alluded to the often-frivolous lawsuits inmates bring against prisons and their associated service providers over things like toilet paper.

But the disturbing allegations of abuse and neglect at Corizon’s facilities are hard to ignore. Attorney Deborah Golden, the Director of the D.C. Prisoners’ Rights Project of the Washington Lawyers’ Committee for Civil Rights and Urban Affairs, represents a class of women in the Virginia correctional system who are suing over inadequate healthcare. She sends via email a description of what she says “passes for care” at one Corizon facility:

“A woman, Debbie, had colorectal cancer. When she was diagnosed, she had a large, inoperable tumor. Her specialist, a doctor at UVA Hospital, ordered her to a plan of chemotherapy to shrink the tumor before it could be operated on. She also ordered appropriate pain medication for Debbie. Back at the prison, Corizon attempted to transfer her care to a cheaper specialist provider. For two and a half months, Debbie got none of the planned medical treatment she was prescribed. When she was finally sent back to UVA, last July, it was discovered that the tumor had erupted through the skin in her buttocks. It had been that way for weeks. She was in desperate pain, and septic from infection. She had received inadequate pain medication and no antibiotics, as the flesh on her body was literally rotted away by cancer. The doctors at UVA, in consultation with their general counsel, refused to release Debbie back to Corizon’s care until adequate assurances for follow up were given through legal channels.”

Margo Schlanger, who is the Henry M. Butzel Professor of Law at the University of Michigan Law School, said in an email, “Lawsuits are one of the few accountability mechanisms prisoners have. They can often uncover negligent and unconstitutional medical care—leading to settlements, damages liability, and court orders. And particularly when prisoners have lawyers, those lawyers screen the lawsuits carefully, to avoid wasting their own time and money, so a high number of lawsuits can indicate a serious problem.”

The D.C. Council is made up of 13 members, though currently one seat is vacant. Councilmember Vincent Orange has publicly thrown his support behind Corizon. ThinkProgress.org reports that Councilmember Jack Evans’s office declined to meet with Brown on behalf of Corizon, and Councilmember David Grosso indicated in interviews that he was unimpressed by Corizon’s presentations in meetings last year. If, on May 2nd, the Council does not vote on the contract, it is rejected.

This David-and-Goliath-esque matchup, which pits nonprofit industry versus for-profit, and the do-gooder agenda versus corporate cash, will be decided in next week’s D.C. Council vote. And the District, with its pressure-cooker mashup of politics and business, is a microcosm worth watching.—Nadia Pflaum

Correction: This newswire initially referred to Mr. Friedmann as the director of the Human Rights Defense Center. NPQ regrets the error.

United Nations Climate Talks End in a Thud, So Civil Society Must Lead

“No” to the Wall, “Yes” to Butterflies

Accepting a Human Rights Violation and Dealing with the...

Private and Nonprofit Law Firms Partner to Get Innocent Man...

Prison Healthcare—Should There Be a Profit Motive in the...