This week, publishing house Simon & Schuster announced a publishing imprint aimed at Muslim children. The upcoming imprint, Salaam Reads, will include children’s and young adult books focused on telling stories that feature Muslim children and their families. According to a statement by the publishing company, the series is “the first imprint at a major publisher focused on Muslim characters and stories.”

According to the statement, “Salaam Reads will introduce readers of all faiths and backgrounds to a wide variety of Muslim children and families, and offer Muslim kids an opportunity to see themselves reflected positively in published works.” The list will launch next year and will include four first-time children’s books authors, including Salam Alaikum, a picture book by recording artist Harris J named after the traditional Arabic greeting, and The Gauntlet of Blood and Sand, “a middle–grade adventure about twelve-year-old Bangladeshi American Farah Mirza from Queens, New York, and her quest to save her brother from a supernatural board game.”

Pew Research Center estimates Muslims make up about one percent of the population, or 3.3 million people in the United States. However, Islam is the fastest growing religion in the world, and the estimates in the United States are likely to change. Given the recent rhetoric advocating banning Muslims from entering the country and derisive statements following terrorist attacks, seeing positive portrayals of Muslims will be powerful for children. As a child who grew up in Islam, I can vividly remember the absence of any developed Muslim characters on television or in books or games.

“There are 3.3 million Muslims in the United States, 1.6 billion in the world, and they are an underserved literary market,” said Jon Anderson, president of Simon & Schuster Children’s Publishing. “Children’s books are a fantastic way to get to know our local and global Muslim neighbors. Simon & Schuster is thrilled to offer a home to books that share the stories of Muslim children, in all their diversity.”

“Salaam” is Arabic for “peace,” and peace is kind of what the publishers are after. “Our aim with the Salaam Reads imprint is in part to provide fun and compelling books for Muslim children, but we also intend for these books to be entertaining and enriching for a larger non-Muslim audience,” said executive editor Zareen Jaffery said in the statement.

As noted by NPR, the publishing industry has struggled for years with diversity. With major publishing houses featuring predominantly white authors who “write what they know,” which usually means white characters, the industry has been particularly slow to incorporate religions aside from Christianity. According to the Cooperative Children’s Book Center, research shows the number of diverse books published per year has stagnated the last 20 years at 10 percent. What started out as a hashtag—#WeNeedDiverseBooks—later became a nonprofit of the same name that has been campaigning for increased diversity in books.

For executive director Jaffery, the cause is a personal one. Growing up as Pakistani-American, Jaffery often felt disconnected from the characters and stories she read. “I didn’t see myself reflected in books back then,” she said in an interview with The New York Times.

In a 2014 interview with blogger Jennifer Zobair, Jaffery reflected on how what part she could play within the publishing industry to be more inclusive to Muslim authors and their unique perspectives. “The best I can do, and encourage everyone else to do, whether you are a writer, editor, agent, or consumer, is to reflect on the role you play in the book publishing process, and think on ways you can help create a more just and inclusive world.”—Shafaq Hasan 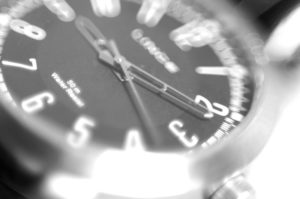