Sister of George Harrison Honors Beatles with Action in the Arts 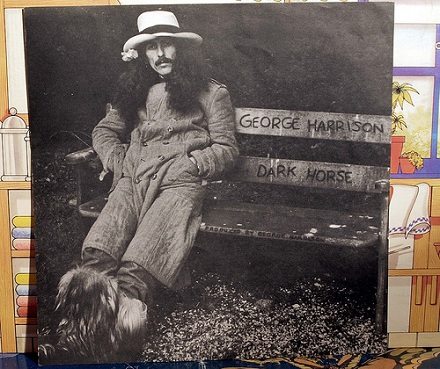 Just a small reminder of who we are discussing in this newswire before we get into the story itself:

And a reminder to come together right now and show your love love love:

Louise Harrison has taken the passion she brought to influencing American radio stations to play the Beatles in the 1960s to the school systems. At age 82, the sister of George Harrison has started a nonprofit to keep her brother’s legacy alive while spreading the word of the importance of arts education.

Help Keep Music Alive aims to revive arts in colleges and universities, while also honoring the music of the Beatles. Harrison has partnered with the Beatles tribute band “Liverpool Legends,” which will begin performances in Manatee and Sarasota counties in Florida to educate youth on music, social studies, and visual arts through live performances. Liverpool Legends has performed music on a Grammy-nominated album showcasing Beatles recollections and consists of five true-to-life Paul, John, George and Ringo impersonators.

Help Keep Music alive will begin performances in October at Manatee School for the Arts, Booker High School and North Port High School in North Port. The organization will be selling tickets to these shows and a generous portion of net proceeds will be given to the school hosting, along with any other charities involved in the production. The second half of each show will encourage student engagement, allowing performers to join in and showcasing student artwork.

Harrison has also become the first fellow for the Partnership for Arts Integrated Teaching program at the University of South Florida Sarasota Manatee, which strives to integrate arts into every aspect of education. “Numerous studies show that when the creative part of the brain is stimulated, you’re more able to grasp the concepts behind math and science,” Harrison said. Terri Osborn, USFSM’s dean of education, believes the Beatles are a perfect fit for the PAInT effort because of their “far-reaching influence in society.”

“What she’s doing is remarkable, because she’s taking something as powerful and reachable as the Beatles and bringing it directly to curriculum in schools,” Osborn said. “The Beatles are much more than simply a connection to music.” I can’t think of a more inspirational band to get children’s attention and revive arts in the educational system than the Beatles. Can you?—Aine Creedon