Smoke and Mirrors and Malice: What Nonprofits Can Learn from the Planned Parenthood Imbroglio 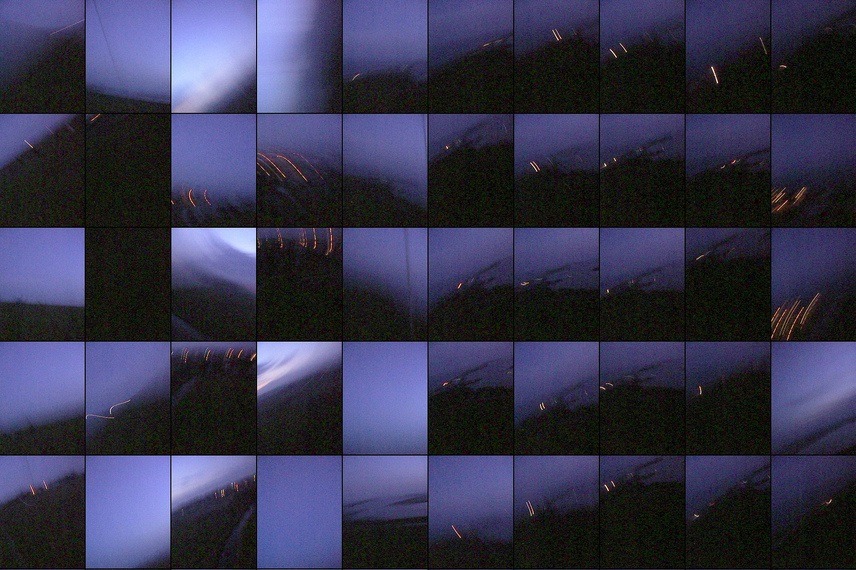 The best place to start in examining the recent controversy over video shot by actors posing as representatives of a phony company called “Fetal Tissue Procurement Company” concerning Planned Parenthood of America is the 60-page transcript released by the perpetrators of said sting, a 501(c)(3) nonprofit called the Center for Medical Progress. In the transcript, Planned Parenthood’s national director of medical services, Deborah Nucatola, discusses over a lengthy meal the subject of fetal tissue donations. The implication in the whole presentation by the Center is that Planned Parenthood is marketing fetal tissue for profit, even to the point of conducting abortions in a way as to avoid damaging tissue that could be retrieved and sold.

Indeed, Nucatola’s discussion of the medical procedures involved is more than a bit technical and sometimes a bit cold, but to most people’s reading of the issue, this is a story that the Center has conjured out of flimsy evidence—and some terrible phraseology by Nucatola—to make a point that isn’t supportable, that Planned Parenthood is selling baby parts from dead fetuses to make a profit.

While most of the commentary in the press agrees that the Center’s interpretations are stretched beyond reason, there are problems in the sting video for Planned Parenthood, issues about Planned Parenthood’s handling of the video. And there are lessons for nonprofits when there are groups like the Center for Medical Progress around and about aiming to disrupt the legitimate programs and practices of groups like Planned Parenthood that operate extensively in a contentious public arena.

Focus on the Real Issue and Teaching Moment

“In health care, patients sometimes want to donate tissue to scientific research that can help lead to medical breakthroughs, such as treatments and cures for serious diseases. Women at Planned Parenthood who have abortions are no different. At several of our health centers, we help patients who want to donate tissue for scientific research, and we do this just like every other high-quality health care provider does—with full, appropriate consent from patients and under the highest ethical and legal standards. There is no financial benefit for tissue donation for either the patient or for Planned Parenthood. In some instances, actual costs, such as the cost to transport tissue to leading research centers, are reimbursed, which is standard across the medical field.”

A more complete and sensitive response is needed—and given the opportunity provided by CMP, Planned Parenthood can and should pivot the news of the video to educate the American public about the research that fetal tissue donations support. As Erica Greider wrote for the Texas Monthly, the Planned Parenthood response cannot be just a terse circling of the wagons against its historic enemies. It must use the attack as an opportunity to explain and educate about a crucially important kind of medical research. Greider put the argument that Planned Parenthood should make this way: “Supporting medical research is an honorable goal, and I can appreciate that donating fetal tissue might be a comfort to parents grieving the loss of an unborn child.”

Even though Nucatola clearly explains that Planned Parenthood isn’t selling fetal tissue for profit, the Planned Parenthood explanation isn’t going to convince the anti-abortion critics. Those critics and those attracted by their arguments aren’t going to change their positions if they better understand the wide variety of services Planned Parenthood provides to women. But the American public at large, even the population that appreciates the reproductive rights that Planned Parenthood stands for, needs to understand the nuance, the human complexities involved in the entirety of Planned Parenthood’s work. Explaining the sensitivities involved in tissue donation—think of it like parents’ and siblings’ donation of organs from family members who have passed—and the uses of fetal tissue in critical medical research is directing the stream of commentary instead of trying to close the hole-in-the-dike the CMP video has provided.

The Planned Parenthood response to the Nucatola video included a contention that the Center is a well-funded right wing organization. Whether it is rolling in cash or bereft, it is hardly the issue for Planned Parenthood to make, given the finances of the national federation itself, with total revenue in FY2014 of $176.6 million, total expenses of $148.2 million, and $278.6 million in net assets. The Center’s purported investigation into Planned Parenthood, on the Center’s website a 30-month investigation, seems to be the organization’s only project. There is no Form 990 on GuideStar for the Center for Medical Progress, and press reports appear to have misidentified the sting video center with the Center for Medical Progress division of the Manhattan Institute for Policy Research.

The identified project leader for the CMP effort, one David Daleiden, seems to be much like disgraced ACORN sting videographer, James O’Keefe (and a possible friend of his according to a brief 2009 clip in the Claremont Conservative), a twenty-something who went to Claremont McKenna College, where he headed Live Action, the school’s pro-life club. In 2008, Daleiden proclaimed to the New York Sun that Mike Huckabee in his race against John McCain for the Republican presidential nod was the “real deal” because he “understands faith, family, and freedom—the three things that make America great.” In fact, as a 20-year-old in 2009, Daleiden was well on his way to being a videographer, taking video involving Live Action students at a Pomona College speech by a Planned Parenthood representative.

Daleiden is faithful to his apparent model in activist right-wing videography. O’Keefe has long been exposed as having not only heavily editing the videos he released on a number of subjects, but engaging in truly reprehensible activity leading to his arrest for invading the offices of former Louisiana senator Mary Landrieu disguised as a telephone repairman to plant bugs in her phone system.

In connection to the Pomona College incident, Daleiden was identified as the director of research for the national organization of Live Action, founded by one Lila Rose in 2007 with a dedication to eliminating Planned Parenthood as a functioning organization. Rose had been a conservative activist at UCLA working with O’Keefe as a pregnant teenager trying to embarrass Planned Parenthood. O’Keefe’s recordings in California and Ohio, in which he posed as a race-motivated prospective donor, were also part of the strategy. The Daleiden video is just more of the same, likely to be exposed like the earlier videos as doctored, inadequate, and fraudulent.

And let’s be clear—debating an O’Keefe wannabe and a largely fictitious organization is largely a waste of time, simply reinforcing that there is a legitimate point to be discussed in the little house of horrors scenario sketched by Daleiden. The premise of the conversation has to be changed.

Why Now, Not Before?

The Nucatola recording was made one year ago, on July 25, 2014, according to CMP. The CMP publicity for the video includes allegations that Planned Parenthood had been violating federal laws ranging from the unauthorized sale of body parts to engaging in banned partial-birth abortion procedures. If Planned Parenthood were really in violation of federal law regarding the sale and transport of human tissue, why would CMP sit on the information for a year rather than turning it over to authorities? Does anyone think that it would take an O’Keefe wannabe to conduct a video exposing this practice? If it were really occurring, wouldn’t it have leaked out through whistleblowers in a network of some 59 affiliates and 700 program sites?

It is because there really isn’t anything there. While Nucatola may have been more than a little sloppy in meeting with a fraudulent biologic company, apparently without conducting the kind of due process vetting that should have occurred, she revealed nothing that suggested that Planned Parenthood had been doing anything illegal. Rather than trading in fetal tissues for profit, Planned Parenthood was and is simply engaged in facilitating the donation of fetal tissue for research.

The CMP video and the conservative hysteria that has followed on Capitol Hill and with Louisiana Governor Bobby Jindal (describing Planned Parenthood’s facilitation of tissue donations as “alleged(ly) evil and illegal”) make Planned Parenthood sound like a supplier of Soylent Green. The Federalist, too, has denounced fetal tissue donations as described by Nucatola as “evil” and suggested that “liberals’” explanations on emotional grounds cannot justify the practice. A defense isn’t simply that CMP’s conclusions are wrong and that Planned Parenthood’s practices abide by the law. Rather, it is explaining competently, sensitively, and humanely why fetal tissue is important in medical research and recognizing the humanity of the parents involved in the wrenching decisions of terminating pregnancies.

The right wing has transformed Nucatola into Hannibal Lecter tasting Chianti to go with body parts, given that the video was shot through an array of glasses of red wine that Nucatola and the videographers were quaffing over lunch. Congressional hearings are in the offing in response to the videos, despite the fact that Planned Parenthood wasn’t engaged in selling tissue for a profit but only received money necessary to cover the costs they incurred in facilitating the donation. In fact, the video clearly conflates Nucatola’s comments with criticism of private companies that do try to illegally buy and sell tissue. This isn’t a black market in body parts orchestrated by Planned Parenthood. It is one way in which individuals donate tissue to research to find cures to some of the biggest challenges in medicine and health. Going forward, Planned Parenthood, people who support women’s reproductive rights, and people who understand without hysteria the importance of donated fetal tissue for medical research have to discuss issues of medical ethics forthrightly and humanely.

Nonprofits can take a few lessons from this. First, caution staff against callous discussions of sensitive issues—ever. It is a bad look for any organization dealing with questions of life and death, and a disastrous one when the organization is already in a decades-long war.

Second, when attacked, find a way to use the moment to re-declare your own principles and strengths: “We believe in a women’s right to choose and we admire women who even in their own moment of difficulty can make this decision. We want to be helpful to those good intentions, as any medical facility must, even when a family might be grieving.”

That is what we wish Planned Parenthood had said—and what we hope they will say, because it gives supporters an absolutely stalwart affirmative value to hang onto.