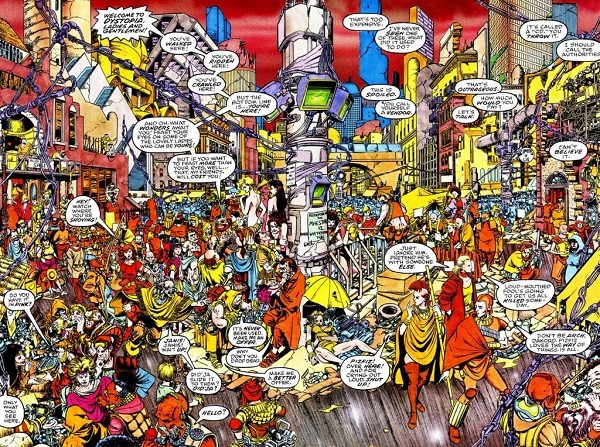 In 2012, more than 130,000 people attended the Comic-Con International: San Diego, a nonprofit educational convention for comics and related arts forms, and NPQ asked, “What can nonprofits learn from Comic-Con? When did a nonprofit conference you know about draw a crowd like that?”

Today, we would also ask: when, in the nonprofit sector do you see revenue growth like this? The sponsoring organization’s 990 reports on GuideStar show that the organization’s revenue has grown from $185K in 2011 to $3.8M in 2015, and not, we imagine, without risk and pain. Despite its growth, in 2014 the organization ran an operating deficit of more than $200,000. In 2015, however, it ran a surplus of $1.35 million.

PCC is a Denver-based nonprofit that offers a number of programs, including providing educational resources and programming to school districts, teachers, and community organizations through comics, graphic novels, games, and related pop culture media. They also run the three-day DCC. In addition to raising funds to support literacy promotion, DCC attracts tourists from across the country and produces approximately $10 million in economic benefit to downtown Denver. “We see young and old—and everyone from diverse backgrounds,” said Sam Fuqua, PCC’s executive director.

According to the Denver Business Journal,

This year’s event at the Colorado Convention Center featured 240 artists and 250 vendors from across the country. Revenue from the event is expected to be $3.4 million and the profits support literacy programs.

“I’m proud of the success of the event and even prouder that there is a mission-driven nonprofit behind it,” Fuqua said. “We are doing something different here. It’s a great event. It’s a lot of fun. But it supports critical literacy work in the community.”

“I don’t think anybody imagined in 2012, that the Denver Comic Con and Pop Culture Classroom would grow this big this fast,” Fuqua said.

There is likely room for more enterprising educational nonprofits to consider tapping into this seemingly bottomless reservoir of enthusiasm.

In 2015, NPQ’s Rick Cohen wrote about how “Comic-Con Struggles for Its Brand Identity and Nonprofit Provenance,” and there are now other nonprofit conventions serving fans of comics and anime. Corporate sponsorship of these events is so extensive and generous, some question whether the purpose of having educational panel discussions during the conferences is to promote and preserve comics as a form of art and literature, or to promote and preserve the convention’s nonprofit status, or perhaps a little of both.

Contemplating the feasibility of this type of event may be increasingly attractive for some nonprofit organizations concerned about the future of federal agency budgets and priorities. Many organizations located in the 11 states that recently failed to pass their budgets (Connecticut, Delaware, Illinois, Maine, Massachusetts, Michigan, New Jersey, Oregon, Pennsylvania Rhode Island, and Wisconsin) may be reevaluating how to balance their own budgets in the months and years ahead. In the words of Superman, “I think a hero is an ordinary individual who finds strength to persevere and endure in spite of overwhelming obstacles.”

But, as we suggested earlier, this kind of successful social enterprise can be very risky on any number of fronts. In this case it is mission aligned, at least on the surface, but clearly the event is larger in some ways than the rest of the nonprofit’s work. The brand enhancement is probably incalculable, but imagine what might have happened to the reputation of the organization if the event had gone belly up in some really showy way. In this case, however, the stars seemed to have been aligned and at a time when many literacy programs are struggling for the basics.—James Schaffer