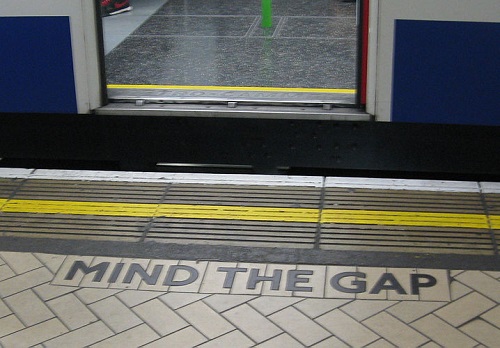 In a beautifully written piece in the Guardian, Mark Brown reflects on the demise of the magazine he helped found, One in Four, written by people with mental health difficulties. He writes, “If you’re all about the money, making the decision to end a project that hasn’t paid its way is a relief. Finally: no more sleepless nights trying to make the balance sheet add up, no more time explaining the gap between your aspiration and you achievement. But if your motivations are social rather than financial, closing a project that you’ve invested your time, money, energy and belief in is far more difficult.”

He says that in the end, he realized what he should have paid more attention to was the following question: “There may be a gap in the market, but is there a market in the gap?”

In the case of the magazine, he said, it was difficult to get a grip on a market where most of the spending was done by the public sector and there weren’t any statistics for how much individuals spent on mental health–related products. Originally, he wrote, their intent was to find a charitable patron who would support a controlled-circulation publication given out for free through doctor’s offices and hospitals and libraries “to alleviate some of the isolation people with mental health difficulties feel.” But when that did not work, they tried to make the enterprise pay.

“First we thought we would sell it in bulk to NHS trusts; they have an obligation to provide information and we can do it more cheaply in a way that is far more in touch with the wishes of people with mental health difficulties. Most of them didn’t buy and, while the post-2010 spending cuts didn’t help, we believe that there was another reason: disruption. We’d always intended that One in Four would shake up the way public information about mental health was provided, being written by people with direct experience rather than NHS communications departments. But our business model required the market we were disrupting to say ‘Oh, yes. You’re right, we are out of date and a bit rubbish,’ and then give us money. It seems obvious now that they wouldn’t.”

They offered an annual subscription to the general public at the dirt cheap price of £10 a year, and although they apparently did not make a profit they were “on occasion accused of profiting from the suffering of others; an unfair charge, but not an illogical one.”

But finally, as with many entrepreneurs, social or otherwise, they realized that although the magazine was covering its own direct costs, this was figured with no staffing expenses, since both staff people were working for free. “In the end,” says Brown, “we made what funding we could get go as far as possible, cut our costs to a bare minimum, continued to pay our writers, built up a subscriber base and survived for nearly six years. Have we made a difference? I hope so.”

Brown’s passion for the work comes through loud and clear in the beautiful welcome he wrote to the last issue of the publication, which is entitled, “So, what kind of a monster eats a mental health magazine?”

And here is my reaction. I think that the idea is just plain brilliant, badly needed and maybe just a bit before its time. Publications are a tough animal in general right now and they generally use up capital like crazy. And funders have not yet fully gotten in the pool where their capitalization is concerned. In this case, what was used was human capital, but writing it up is one great way to make sure that the idea does not die with this phase of its life.—Ruth McCambridge