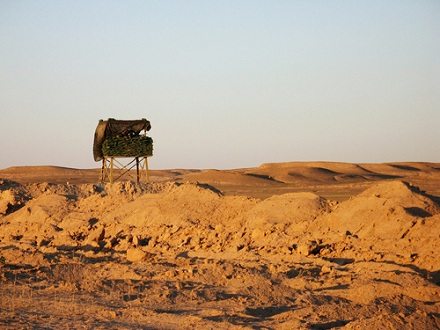 A new issue-oriented 501(c)4 social welfare organization, Special Operations Opsec Education Fund, Inc., has been established by a group including former CIA and former special forces members to educate the American people. In this case, the education comes from a website and 22-minute video concerning the alleged leaking of classified information about intelligence activities and special forces operations like the raid that resulted in the killing of Osama bin Laden.

Some have compared this group to Swift Boat Veterans for Truth, which opposed Sen. John Kerry’s (D-Mass.) presidential run in 2004. While the Swift Boat group explicitly opposed Sen. Kerry and sought to challenge claims he made about his military service in Vietnam, the OPSEC (in the military, short for “operational security”) group does not focus on an individual, but rather focuses on the disclosure of sensitive intelligence information. However, it’s pretty obvious that OPSEC is opposed to President Obama’s reelection. The website materials, including a PowerPoint presentation, exhort supporters to “STOP the politicians, President Obama and others, from politically capitalizing on US national security operations and secrets!”

It’s also apparent that the OPSEC group’s materials are designed to attempt to comply with the technical definition of their 501(c)4 “social welfare organization” status by focusing on “education” and “issue advocacy” even at the same time as they portray the president in a negative light.

OPSEC is a rare 501(c)4 in the 2012 election cycle in that the group seems to be actively seeking small donations from the public rather than merely courting wealthy donors. The group’s website exhorts visitors to support the group, and there is a donation page for one-time and recurring gifts of almost any amount. On several pages, the website identifies itself as a 501(c)4 and states that donations are not deductible from federal income taxes. The website’s PowerPoint slides note that donations are “non-disclosed,” a linguistic exercise that falls about midway between the benign “anonymous” and the suspicious “secret.”

The disappointing thing about this organization’s website is that nowhere on its pages, as far as we could tell, can one find an individual’s name—no directors or officers, no spokesperson, no advisory group. The contact address on the website is a post office box in Alexandra, Va. This New York Times article identifies a group spokesman and the head of the group, both of whom have Republican ties. The group’s offices are sublet from a Republican political consulting firm that claims to have no other business relationship with the OPSEC group.

Current campaign finance laws and the Supreme Court decisions interpreting them have caused politicians and campaigns of all descriptions to look to nonprofit corporate forms like 501(c)4s to communicate their messages. The IRS has announced its intention to review and assess these uses of the 501(c)4 “social welfare organization,” but some say that will largely not happen until after the election. –Michael Wyland