Some Concerns about Obama’s New “My Brother’s Keeper” Nonprofit 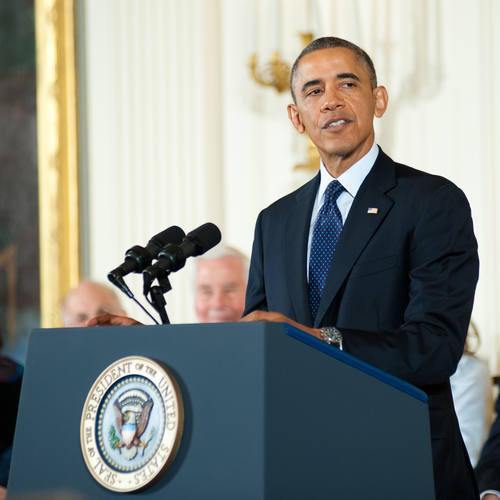 The My Brother’s Keeper Alliance will be led by former Deloitte CEO Joe Echevarria, who co-chaired the initiative when it was lodged in the White House. Time reports that big corporations such as Pepsico, American Express, and BET are already linked to the Alliance with contributions, though the reporting isn’t clear as to whether their contributions were for the White House initiative that is morphing into the nonprofit or new commitments for the Alliance. The Christian Science Monitor says that Discovery Networks and Fox News’ parent company, News Corp, are also contributing toward the $80 million in the Alliance’s hopper.

From a nonprofit sector perspective, there are issues. As Bloomberg News and others have reported (and as many foundation people at the Council on Foundations annual meeting hinted prior to this week’s announcement), the My Brother’s Keeper initiative may be the philanthropic vehicle that President Obama will ride as he leaves the White House. It is sort of his social mission, comparable to the international humanitarian agenda of former President Clinton.

However, like the Clinton Foundation, there is some dimension of fundraising problems on the horizon: “The Obama administration will have no role in deciding how donations are screened and what criteria they will set at the alliance,” White House press secretary Josh Earnest told reporters while traveling on Air Force One on their way to New York City. In other words, while closely associated with the sitting president, the Alliance’s board will determine whether it will accept donations from foreign governments, corporate lobbyists, and others. Moreover, the board will determine the extent of disclosure beyond what is required for 501(c)(3) nonprofits the Alliance will pursue.

Given the serial problems uncovered by observers about the Clinton Foundation and its relations with foreign governments and private corporations, the hands-off approach of the administration to these basic issues in a nonprofit associated with the most powerful political leader in the world is a decision that the administration might regret down the road.—Rick Cohen