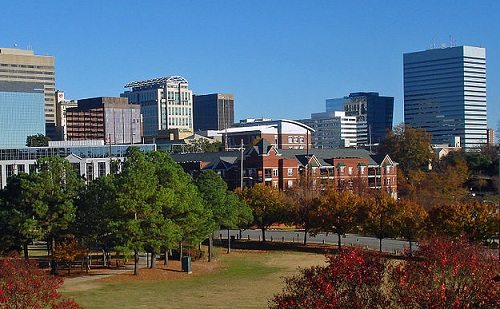 Columbia, South Carolina has declared itself as the “the new Southern hot spot” and many are excited at the number of exciting possibilities that are coming the city’s way, including a 181-acre campus that will become a mixed-use development with an annual economic impact of more than $1 billion, the possibility that a minor-league baseball team will relocate to Columbia, and the conversion of a vacant office building into housing for University of South Carolina students.

What may stand in the way of this development, according to a proposal by Columbia city councilman Cameron Runyan, is the issue of the homeless population in and around the city. Runyan stated, “If we don’t take care of this big piece of our community and our society, it will erode the entire foundation of what we’re trying to build in this city.…What I see is a giant risk to business.”

Runyan has put together a proposal suggesting that the City of Columbia move its homeless shelter as far as 15 miles from downtown. Runyan’s strategy gives the homeless three options: accept help at a shelter, go to jail, or leave Columbia.

Similar efforts to have people who are homeless removed from cities have long failed, although they continue to be tried. A popular method is offering one-way tickets out of town to homeless people, which is currently being proposed in Hawaii and has been conducted in New York City, Baton Rouge and San Francisco. Many cities that have big events have often work to find avenues to move homeless people out of view of tourists; notably, in the City of Indianapolis in 2012, local police efforts concentrated on clearing the streets of homeless people for the Super Bowl. Cities like Tampa and Portland are also pursuing plans similar to Columbia’s, and other cities are becoming more aggressive, with the police in Raleigh threatening to arrest volunteers at a homeless shelter for supplying homeless people with food over the weekend.

Homeless advocates in Columbia and throughout the country are outraged at the plan being proposed by Runyan. Maria Foscarinis, the executive director of the National Law Center on Homelessness and Poverty (NLCHP), called Columbia’s plan “an extreme, highly disturbing example.” In 2011, the NLCHP noted that cities were increasingly enacting prohibitions against activities like panhandling and loitering. Researchers have questioned the efficacy of such tactics. Robert Adelman, a sociologist at the University at Buffalo, stated, “These kinds of proposals are happening more and more around the country, but to me, all of these ordinances and policies just redistribute homeless persons. They don’t solve the problem of homelessness. You can’t jail people out of homelessness.”

In Columbia, some business owners agree, standing contrary to Runyan’s proposal. Lori Brown, who owns House of Fabrics in downtown Columbia, stated, “People complain more about parking,” believing that the city may be misplacing its efforts.—John Brothers