Speaking Truth to the Power of the MacArthur Foundation 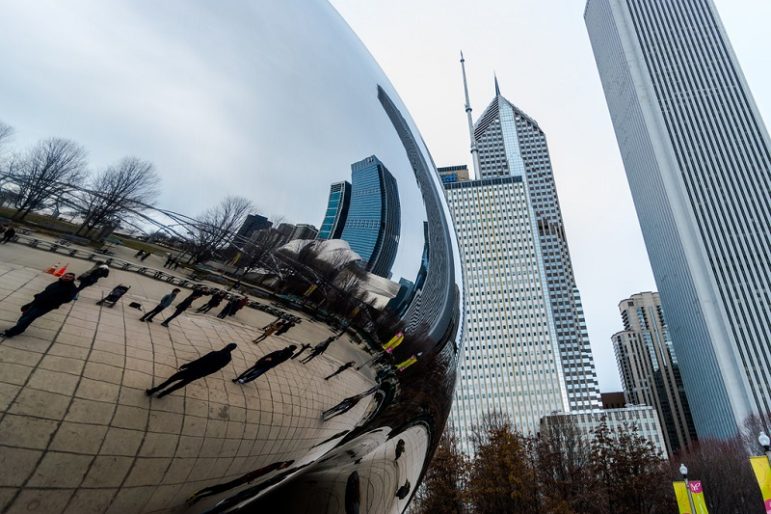 Phillip Jackson of the Black Star Project began his Crain’s op-ed, “MacArthur Foundation is ducking on Chicago’s most crucial issues,” with this terse rebuke:

The heads of foundations think they’re gods. And they can never understand why people, who are economically subjugated by their grant making, would complain about their treatment by the Foundation Gods.

Jackson goes on to suggest that MacArthur’s grantmaking for Chicago should reflect the face of Chicago: 33% should go to the black community and 29% to the Latino community. Instead, Jackson argues, “Over 70 percent of its (Chicago) 2015 grantees were arts, culture, and research organizations.” Unimpressed, Jackson calls MacArthur’s new Benefit Chicago collaborative the “Benefit White Chicago” initiative. Jackson estimates that only one-tenth of one percent of MacArthur’s giving reaches Chicago’s black-led organizations. He calls this form of segregation redlining.

Jackson, a “History Maker,” is anything but naïve. In 1999, Jackson, as Mayor Daley’s “handpicked choice to run the CHA,” Chicago’s current mayor, Rahm Emanuel, as CHA’s vice chairman, and MacArthur’s current president, Julia Stasch, as Mayor Daley’s chief of staff, were working together in a dustup with HUD.

The timing of Jackson’s op-ed shows shrewd calculation. With the homicide rate in Chicago up 62 percent since last year, with 216 people killed so far in 2016, Jackson charges that MacArthur should be “at the forefront of reducing Chicago’s violence and murders”; however, “it is not even at the table.” More than 50 people were shot this past weekend. The Chicago Tribune maintained a live blog that tracked Chicago’s Memorial Day weekend violence. Last November, a video showed a white officer shooting a black teenager, Laquan McDonald, 16 times. That led to protests and to this blistering report, exposing the nation’s second-largest municipal police force as being plagued by systemic racism and a lack of accountability.

MacArthur’s answer is the recent soiree, “America’s Original Sin: Racism, White Privilege and the Bridge to a New America,” and expensive studies that offer what Jackson could likely share over a cup of coffee. Jackson writes, “The black community does not want to fight with MacArthur Foundation, but we don’t want to be treated as fools.”

“Foundation redlining” is not a new allegation, and proposing grantmaking based on population percentages is not overly simplistic: “With payouts to rural America so ridiculously small, shouldn’t the current rural capacity and safety net crisis warrant a percentage payout increase, as a good faith gesture from America’s largest foundations to rural America?” Redlining, the practice of denying services based on race, extends to education, supermarkets, and healthcare as well as to banking and real estate. The Greenlighting Institute documents startling gaps in foundation support of communities of color and nonprofits led by people of color. Research abounds on the challenges that particularly Black-led organizations face. Jackson is in smart company.

“Foundation gods?” At least “the nakedness of this autocratic and insistent emperor” called strategic philanthropy calls for atonement. Except for the requirement to give away at least 5 percent of investment income including administrative expenses, MacArthur operates with few limitations. MacArthur is a cathedral surrounded by postulants. Its 1894 sanctuary consists of wrought-iron stairways, Tiffany glass mosaics, bronze-gilt reliefs, and a terra cotta molding that crowns the building. With assets of nearly $6.5 billion and global influence and presence, the MacArthur Foundation is adored and all-powerful.

A MacArthur evangelist afire to help steward humanity, all smile and poise but with no name or contact information, made this April 2016 “On the Ground in Chicago” announcement:

The Chicago Commitment team is now working in earnest to develop and refine our priorities for Chicago. We know that we will retain our historic focus on the vibrant Arts and Culture sector. In addition, we will consider how the Foundation can contribute to peace, prosperity, and opportunity for the city’s residents, and the vitality of the communities where they live.

Here’s how Crain’s editorial board began its April 2016 announcement:

Not to sound hyperbolic, but there’s blood in the streets of Chicago this year. More than 775 people have been shot in the city so far in 2016—80 percent more than at this time last year and by far the most in the first quarter of any year this decade…and the hot summer months, when shootings typically rise, are still ahead of us.

If foundations are the font of new ideas that pools around obedience and a society that rewards its leaders with power, the world’s fifth-wealthiest foundation may be the first to break from orthodoxy. By exclusively addressing inequality, the Ford Foundation is showing that we need reminders of whose lives matter.

Jackson offers valid solutions to systemic racial inequality that are admittedly slow leavens of a better order, but his personal knowledge of places, names, and memories that MacArthur-sponsored studies are machine-tooled to erase and that lead to the death of trust is worth more than MacArthur’s endowment.—James Schaffer

This article has been altered from its initial release. A previous version of this newswire mentioned the MacArthur President’s salary in 2014 but did not reference the fact that the presidency has since turned over with a salary adjustment, so we removed the reference.