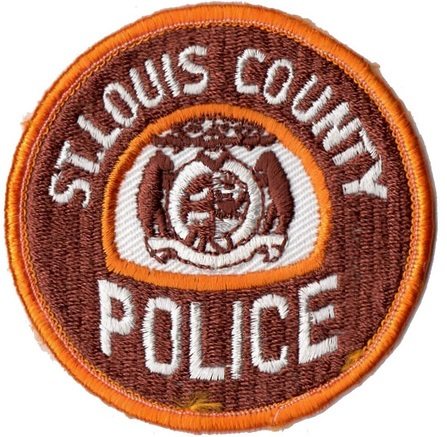 On CNN the other night, a St. Louis County police officer physically pushed CNN anchor Don Lemon from his spot on a sidewalk in Ferguson, Missouri, with Lemon doing nothing more troublesome than speaking into a mic. That officer, Sgt. Maj. Dan Page, was suspended on Friday afternoon—but not because he manhandled Lemon. Rather, Lemon received an unusual YouTube video of Page’s speech to a group called the St. Louis Oath Keepers. Lemon gave the video to the county police chief, who immediately suspended the officer and recommended that he get psychiatric treatment.

The YouTube video presents Page making over-the-top comments about President Obama (as an undocumented immigrant), undocumented immigrants themselves, Muslims (whom he predicts will kill if they have the numbers), gays, people involved in domestic abuse cases (who, he said, should kill each other), and his self-identification as an “indiscriminate killer.” Page said he was a nine-tour Green Beret who took early retirement because he would not take orders from “an undocumented president,” though as a reported 35-year St. Louis County cop, his police and military service numbers don’t quite match up.

Interviewed on CNN by Lemon, St. Louis County Police Chief Jon Belmar looked honestly horrified by Page’s comments. It wouldn’t be hard to imagine that Page will be looking for a job soon, after the internal review and psychological evaluation are completed.

Page gave his all-purpose biased rant to an organization called the Oath Keepers of St. Louis and St. Charles. Its webpage includes not only Page’s speech, but other presentations from the likes of a major in the Missouri Militia on topics such as shooting, survival techniques, and getting a ham radio license in preparation for the grid going down. The organization is apparently part of a national network called Oath Keepers, founded by someone named Stewart Rhodes, who is identified on the Oath Keepers webpage as a former member of the staff of Rep. Ron Paul. Half of the eight listed board members seem to have been members of or active in Tea Party groups, but others have eclectic backgrounds, including one who says he was the first American elected to the Scottish Independence Convention.

Although interested in Scotland, the Oath Keepers do get involved in current events here. They were active in helping patrol the Bundy Ranch for federal agent intrusions and last year paid for billboards on the D.C. Metro system announcing their support for Edward Snowden (due to Snowden’s standing up against the federal government). Oath Keepers last year merited a report from the Southern Leadership Poverty Council, referencing the Oath Keepers’ hosting of a Northwest Patriots and Self Reliance Rally in Coeur d’Alene, Idaho. With Sgt. Maj. Don Page touting his predilection for violence and killing among the adherents of Oath-Keepers, it is one oddly scary group.—Rick Cohen