May 23, 2011; Source: National Conference of State Legislatures | In the Spring 2009 issue of Nonprofit Quarterly magazine, we focused on nonprofits providing services and support to immigrants. In the first quarter of 2011, the 50 states and Puerto Rico saw 1,537 bills and resolutions introduced about immigrants and refugees compared to 1,180 introduced in the first quarter of 2010. Of those 1,500 actions, 26 states enacted 63 laws and adopted 78 resolutions, plus one bill was vetoed in New Jersey. 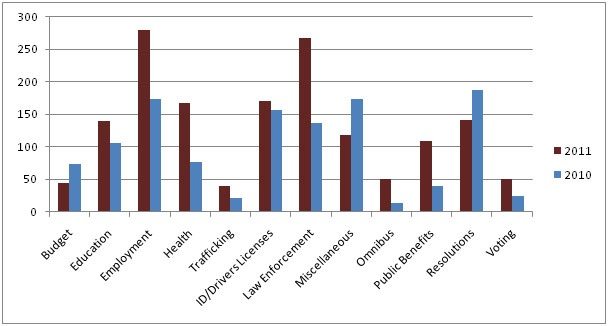 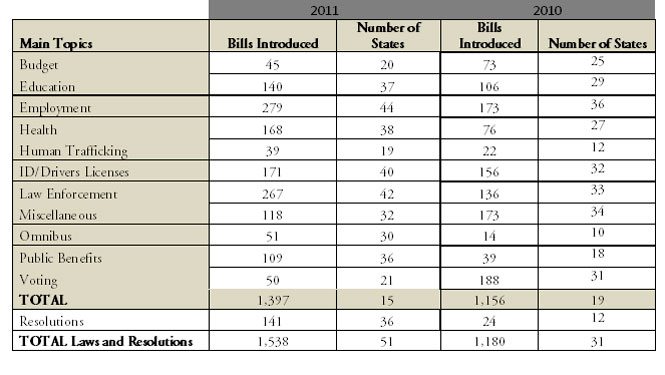 For nonprofits, 45 introduced bills include funding for refugee resettlement, immigrant integration, job training, ESL classes, and health and education services for migrant workers. California actually enacted a law providing funding for the development and care of children of migrant workers.

Arkansas, Illinois, and Nebraska enacted laws requiring legal status for immigrants to participate in health benefit programs. For immigrants in the U.S., the legal potpourri of state legislation is dismaying. This year, add restrictions on access to health care to the array of state efforts to restrict services for immigrants.—Rick Cohen

More about: ImmigrationPolicies and Laws