Still Not Using Twitter? A Guide to Why and How You Should for Hashtag Laggards 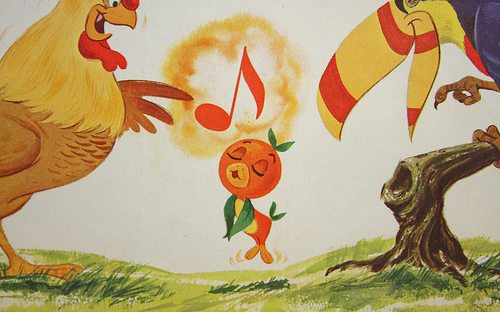 Whenever I speak at events, I always ask for a show of hands of Twitter users. I’m always surprised at how few regularly use the microblogging site. Sure, some may have an account, but when you visit their Twitter page, they have ten followers and fifty tweets. Still, they call themselves “active” or even “Twitterholics”in their bio. To use a line from the character Inigo Montoya in the classic movie The Princess Bride, “You keep using that word [in our case, that word is “active”]. I do not think it means what you think it means.”

Being active on Twitter means you’re tweeting most days of the week and multiple times during the day. Tweeting once or twice a day two days a week doesn’t count. I’ve been on Twitter for five years and just surpassed 5,000 followers. I’ve hit the send button on 20,000 tweets. These are modest numbers compared to some Twitter users, but I definitely think I’ve earned the title “active.” But I’m not active just for the fun of it—although Twitter is wicked fun, as we like to say in Boston.

I get a lot out of Twitter and so will you. My main reason for using Twitter is thought leadership. I learn more every day on Twitter than from the three major newspapers and ten magazines I used to read. That’s because most tweets include juicy links to other content. And because these links are from the small group of people I follow on Twitter (5,000 people follow me but I only follow 150 or so back), they come approved and recommended, which makes my job of sorting through good and bad content a lot easier.

My third reason for being on Twitter is discovery. I can search for anything I want to know on Twitter in much the same way that I search for things on Google. But here’s the difference: the stuff you find on Twitter is the very latest information and, as I mentioned earlier, it’s stamped with the approval of people I know and trust. I wrote my second book, QR Codes for Dummies, by using Twitter search to locate useful and timely content. Two weeks ago, I picked up a dozen good people to follow on Twitter by following the hashtag for the Cause Marketing Forum conference at which I was speaker. Following #cmf12 helped me identify people to meet at the conference and to follow on Twitter.

I know what you’re thinking. “But Joe, I don’t need thought leadership. I don’t have blog posts to promote, and I’m not writing a book.” But this is where you are dead wrong. You do need thought leadership, perhaps more than ever, to stay competitive. No, you may not have a blog, but we all have something important to share. Maybe it’s a new white paper or study from your nonprofit. Or an upcoming event you’re recruiting volunteers for. And, yes, you’re probably not writing a book. But discovery is a key part of your job (especially when you’re looking for new one). Are you thinking about attending a conference next year? Use Twitter to find out what this year’s attendees think about it. Trying to figure out how your nonprofit can use mobile technology? Discover how other nonprofits are using it on Twitter.

Convinced? I hope so. Now here’s how to get started.

Next, try using an application such as Tweetdeck or Hootsuite to follow and create tweets. Tweetdeck—the app I use—is a much more dynamic and fun way to tweet than using the Twitter website. If you Google “how to use tweetdeck,” you’ll find lots of resources. Here’s one post I found to get you started.

Lastly, regardless of what application you choose, create keyword search columns to track things that interest you. For example, on Tweetdeck I follow “cause marketing,” “qr codes” and “nonprofit mobile.” But these can change depending on the day. If you work for a Boston-area homeless shelter, you might have an open search on “homeless Boston.” If you put on blood drives for the Red Cross in Chicago, search on “give blood Chicago.” The point is that you’ll discover useful content and good followers from these open searches. I do every day!

I hope you’ll sign up for Twitter or, if you already have an account, dramatically increase your tweeting. After starting my blog, Twitter was the second-best thing I ever did to learn more about my field and to share with others the things I was doing and writing about.

For a service that prides itself on messages that are limited to 140 characters, you can do and say a lot on Twitter. The best time to join Twitter was sometime during the past six years. The second best time is today.

Joe Waters writes the web’s #1 cause marketing blog, Selfishgiving.com. He’s the author of Cause Marketing for Dummies and QR Codes for Dummies.