Still Skeptical After All These Years: On Blackbaud’s 5th Annual Charitable Giving Report 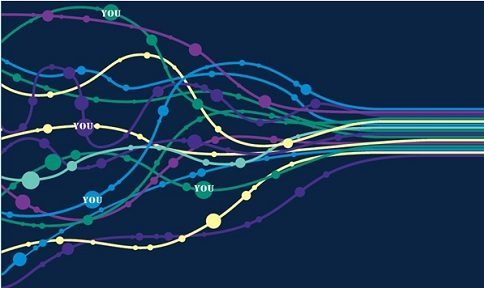 Blackbaud’s fifth annual Charitable Giving Report leverages data from the Blackbaud Index (updated monthly) resulting in an extensive and unique analysis of global charitable giving data. If you can afford Raiser’s Edge NXT, you may have a love/hate relationship with Blackbaud; their products do tend to dominate the market. Nevertheless, it is still good manners to be grateful for their effort to understand what they see in real time from their privileged vantage point and their generosity in freely sharing their insights with rest of us whether or not you are a customer. A new feature this year is the inclusion of expert opinions from the field on the fundraising trends indicated by Blackbaud’s data.

Without belaboring the world of philanthropic data, who collects it, and how they analyze it (which NPQ did very nicely last year in its review of the fourth annual Charitable Giving Report), here are some of this year’s highlights.

The report goes on for 16 pages and is worth a look. But will this or any data change your fundraising planning? If anything, it’s important to at least look at the importance of multichannel fundraising and the steady rise of mobile communications. Your donors (even if you do bake sales and spaghetti dinners) expect you to be digitally smart.

In the end, fundraising is about relationships, and you know best about your cause and how your donors relate to it. No data will make the work of fundraising easier. Because no one else can reproduce the data that the colossus Blackbaud has at its fingertips, their data is merely their data, a snapshot. If you are coming up short on your goals, it probably won’t help your case at your next board meeting to say that your sector overall is not doing well this year according to Blackbaud. There is nothing about fundraising that is macro. It always has to do with the particular, with that donor.

Skepticism about research data and its interpretation is widely shared, especially in the for-profit world. CIO magazine asserts,“Even as organizations push to make their decision-making more data-driven, business leaders accustomed to making decisions based on gut instincts and experience are having trouble trusting insights from data and analytics.” CIO drew its conclusions from an extensive study by Forrester Consulting commissioned by KPMG.

Today, when just eight men possess more wealth than half the world’s population, their philanthropy and that of their elite wealthy peers warp most charitable giving studies. If you are trying to advance a small charity in a small town with no hope of being championed even by your local media, your best intelligence gathering will likely be at the monthly Chamber of Commerce or Rotary luncheon.

Blackbaud is still to be commended for sharing—and also for their lack of self-regard. There is no “virtue hustling” with the Blackbaud Institute for Philanthropic Impact. Blackbaud also has an extensive corporate citizenship and philanthropy program. They offer their employees a paid Volunteer for Vacation program. Reward your Passion allows Blackbaud employees to apply for company-funded grants for their favorite charities. Blackbaud’s Business Doing Good provides information for small and medium-sized businesses to create corporate philanthropy programs.

If you have a love/hate relationship with Blackbaud in trying to understand (again) how to produce that report, you can still be grateful that your investment in state-of-the-art cloud-based software is doing a world of good for the philanthropic community.—James Schaffer