Strategic Philanthropy: The Good, the Bad, and the Ugly 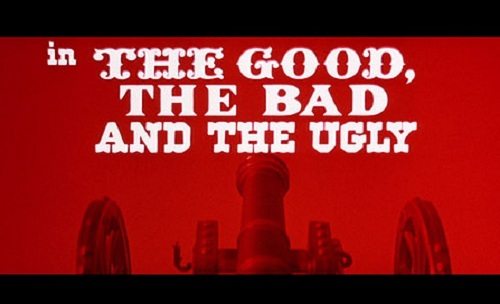 Strategic Philanthropy seems to be dominating not only the rarified air of the world of foundations, but now the Internet as well. A short while ago, NPQ posted a copy of a lecture William Schambra of the Hudson Institute delivered to the Hewlett Foundation. NPQ then offered Paul Brest, the former head of the Hewlett Foundation and a major proponent of Strategic Philanthropy, the chance to provide a rebuttal. Now, Pablo Eisenberg of the Georgetown Public Policy Institute has commented on the debate in the Chronicle of Philanthropy.

A very brief and probably oversimplified version of the various arguments is as follows: Schambra believes that Strategic Philanthropy has the potential of actually doing harm rather than good. When a foundation receives a request for support from a nonprofit, strategic philanthropy would recommend questioning the solution the nonprofit is offering. Maybe the nonprofit should go back and re-think, ask their constituents questions, consult experts, create a theory of change, and project the impact and the cost. Then, when the nonprofit returns with all of this work done, there is no guarantee the idea is any better, that they will receive funding, or that the work they have done on this would be paid for. Schambra argues that foundations should trust and fund the nonprofits that are doing good work to continue their good work.

In his rebuttal, Brest tells the story of a health crisis in London in the 1800s as if it were a case study of strategic philanthropy at work. The nonprofit requesting a grant had a solution that the foundation didn’t quite trust, while a scientist looking at the statistics from afar had determined there was a different solution. The foundation funded the request as presented, but encouraged the nonprofit to try the scientist’s idea. In fact, the scientist was right. Strategic philanthropy won the day.

Eisenberg sides with Schambra, for the most part, saying that strategic philanthropy gives donors too much power. The foundations determine not only who should receive funds, but also which causes need to be funded, and which solutions should be supported. They require evidence-based solutions, meaning that the program being proposed has been proven to work after years of research, implementation, and analysis. How, Eisenberg argues, do nonprofit organizations get paid for the years of research and testing that is required? If they don’t, then we will never have an innovative new idea that did not come out of a think tank or a university.

Eisenberg is also skeptical of strategic philanthropy’s tendency to identify very specific, narrow causes and solutions that will receive funding. Of Brest’s rebuttal, Eisenberg writes, “His vision is based on the idea that the goals and priorities of nonprofits need to align with those of foundations, in essence saying that philanthropists should set the agenda for nonprofits.”  However, to be fair, that is not entirely what Brest was suggesting in his rebuttal of Schambra. Brest suggests that a strategic philanthropist would encourage the nonprofit to consider that their homespun, hard-earned, folk wisdom may not be on point, and that other, more impactful ideas may exist.

In the end, what seems missing in this debate about foundations and strategic philanthropy is the voice of the nonprofit organizations that are doing the work that is supported by the grants. By way of adding that voice to the discussion, I offer the following two anecdotes.

In preparation for this Newswire I called a friend who is a nonprofit executive to ask for her thoughts. She sounded harried and tired and, when I asked why, she told me that she had just finished writing a complicated grant proposal in response to an RFP that had been issued from a local foundation. It had taken weeks to create and pull together all of the required documentation and support materials. When she explained what the foundation was looking for, I had the temerity to suggest that this was not exactly what her organization does. She replied in no uncertain terms that they already do some of what the project involves, they could add more by diverting some of their people and resources from existing projects to this new project, and by collaborating with others they could access the rest of it. After all, the foundation had decided what the community needs, asked who is willing to do it, was willing to offer $250,000 a year for three years, and so she was going to jump through that hoop! Besides, it would replace some of the funds she had lost when this same foundation decided to change their funding priorities last year.

When I recovered, I called another nonprofit executive I know and told him about this Newswire. He told me that he was not too happy with foundations and foundation giving. When I asked him why, he reminded me of the last time we had gone together to ask for funding from a local community foundation for his organization. The program officer was floored:  She loved the idea of the work this nonprofit does. She said, “Wow. This could really help so many of the organizations in all four of our priority funding areas.” The nonprofit executive went on, reminding me that when we excitedly asked what our next steps should be, she had replied, “Well, we won’t fund you, of course. You don’t fit into any one of the four priority funding areas.” They had created such a stiff and unforgiving definition of the funding areas that a project that could help in all four could not receive funding.

The second anecdote is a true story. The first is a hybrid combination of several stories. They are offered to describe real life experience with strategic philanthropy from the nonprofit organization’s point of view. Foundations will often conduct research and pronounce that the view from their particular ivory tower suggests a certain type of program is needed to address the community’s problems and they will only entertain proposals from nonprofits that do this work. Or, perhaps even worse, they will choose to create a new initiative to implement this new idea, thereby bypassing and de-funding existing and effective community initiatives. By defining clear and concise funding priorities the foundations are trying to focus their impact: Let’s do a deep dive on a few issues so we can make a real difference with our funding rather than spread it too thin to be meaningful. But the flip side is it can become a roadblock, preventing investment in an existing and effective program. –Rob Mieksins